Due to the ongoing pandemic, the Central government’s revenue has shrunk,  that’s why the center wants the cash-rich public sector undertakings (PSUs) to declare higher dividends this year to reward its shareholders.

According to official sources, the government will ask PSUs with stock prices higher than the book value and having sufficient cash funds to shell out higher dividends in the current financial year.

During a time when revenue is restricted due to a fall in economic activity during the Covid-19 pandemic and expenditure has risen sharply, the Central government being the largest shareholder in PSUs, higher dividends would help it to fill its coffers and get back on the track.

For the current financial year, dividend from non-financial PSUs has been budgeted at Rs 65,747 crore. The non-tax revenue of the government will improve, due to the boost in the dividends and help it bridge the rising fiscal deficit which as per initial estimate is now pegged close to eight percent GDP of India.

Central public sector enterprises (CPSEs) have already been informed by the Finance Ministry to complete 75 percent of their CAPEX for the current fiscal by December 31, 2020.

According to the policy maintained by the Finance Minister Nirmala Sitharaman and her predecessors, including the late Arun Jaitley and P. Chidambaram, if the non-financial state-owned companies are not utilizing their cash reserves for CAPEX needs, they should give it to the Centre in the form of dividends or share buybacks.

Each CPSE, mandatorily have to pay an annual dividend of at least 30 percent of PAT or 5 percent of the net worth, the higher amount from both.

Almost 8 companies, according to the report including Coal India, NTPC, NMDC and Engineers India may consider buyback of shares shortly.

The centre is planning to boost divestment proceeds via buybacks.  The public sector units have been asked by the centre to either spend on capital expenditures or buyback shares.

Department of Investment and Public Asset Management (DIPAM) in the current financial year has so far raised Rs 5,695.63 crore against the target of Rs 2.1 lakh crore. Moreover, dividends from non-financial PSUs have been budgeted at Rs 65,747 crore in FY-2021.

In 2019-20, three state-owned companies bought back shares worth Rs 821.8 crore from the Centre, which was 1.6 per cent of the divestment proceeds of Rs 50,299 crore. For the same year, the revised estimate of dividends from non-financial PSUs was Rs 48,256 crore, compared with the Budget estimate of Rs 57,487 crore.

The amount the Centre garners from share buybacks by PSUs started being counted as part of the divestment proceeds from 2015-16. In absolute terms, the highest-ever proceeds were in 2016-17, when PSUs like Coal India, NLC India, NHPC, and NMDC bought back shares held by the Centre worth Rs 18,963.5 crore, which was nearly 40 per cent of that year’s divestment proceeds of Rs 47,743 crore. 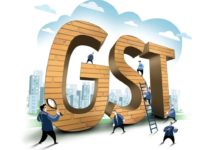 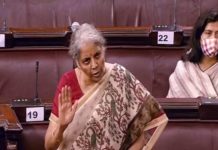