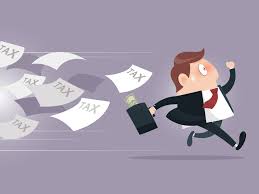 The Central Board Of Direct Taxes (CBDT) has issued new directions to Income Tax department for the prevention of tax evasion and tax crimes such as money laundering, especially during and after demonetisation.

Under the new directions, CBDT asked the income tax offices to probe about 3 lakh suspicious firms for dubious financial credentials. It also directed tax offices to formulate special task forces, probe and bring under ambit the time period when these suspicious firm were removed from the list of Ministry of Corporate Affairs (MCA) in the last two years.

“To check possible misuse of such companies for money laundering activities, the board desires that the field authorities may verify deposits/withdrawals from the bank accounts of such companies during the process of striking down and just before that especially during the period of demonetisation,” the CBDT, the policy-making body for the I-T department, said in an official communique.

CBDT is suspicious about these over 3 lakh firms and believes that these firms might be indulging in tax evasion and other tax related crimes. So, it has asked the tax officials for probe.

“In cases of detection of unusual transactions and beneficiaries thereof, appropriate action may be taken as per provisions of the I-T Act after seeking restoration of the struck off company by filing an appeal before the National Company Law Tribunal (NCLT),” the CBDT said.

The board has also asked the department to complete the entire exercise in a time bound manner and should also make a practice of keeping the records of such companies which indulge in tax crimes, so that immediate action can taken by department with the registrar of companies and all information is obtained before the company gets struck off from the list.

Ahead of merger, Bank of Baroda receives ₹5,042 Crores from government
PNB sells its stake in PNB Housing Finance for ₹1,851 crores
Comment