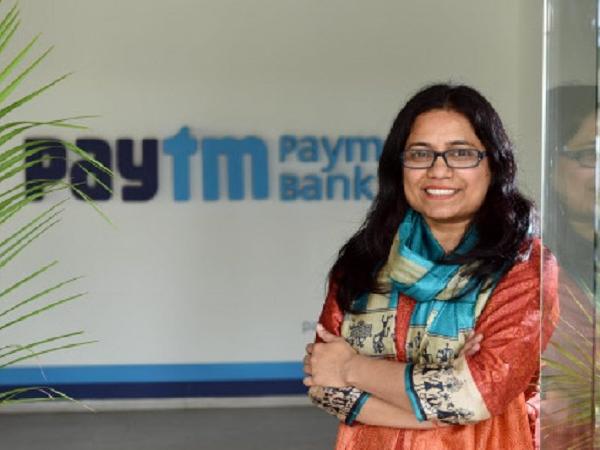 Renu Satti, CEO of Paytm Payments bank has resigned from her position and will be re-designated as the COO of an upcoming retail initiative by Paytm. The company has not yet recruited a new CEO. This is the second time the designation has been left vacant after previous CEO Shinjini Kumar had left before the bank’s formal launch.

Satti had been appointed as the CEO of Paytm Payments bank last year after juggling multiple roles at the company, including managing human resource and leading the movie ticketing business.

“Renu Satti will be leading the charge as COO of this new initiative. In the past, she has built businesses ground up… she has been a champion of new business launches and her acumen makes her a perfect candidate for leading this important launch”, the company said in a statement.

The upcoming initiative by Paytm will be called ‘new retail’, which will work with local grocery stores, restaurants and pharmacies, enabling customers to place orders and get instant deliveries, as stated by Paytm founder and CEO Vijay Shekhar. The company is also currently building a strong peer-to-peer logistics network which will help with intra-city deliveries. Paytm has previously partnered with a huge number of shops and retail outlets for accepting payments through Paytm, and will extend ‘new retail’ services to them, including technology, logistics and marketing capabilities. The company’s success came primarily post-demonetisation, following which the digital payments business in the country expanded rapidly.

According to Shekhar, “local ordering is expected to become one-third of Paytm’s orders and GMV by 2020”.