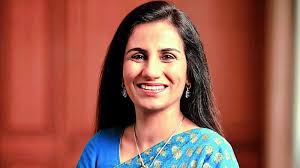 Chanda Kochhar had moved the high court last month against her job termination by former employer ICICI Bank after when it accepted her request for early retirement. She filed a writ petition against her employer bank for terminating her without having prior consent from the Reserve Bank of India.

Her complaint claimed that she was terminated on January 30, 2019, which was months after the bank approved her voluntary resignation on October 5, 2018. She alleged, therefore, the termination is “illegal, untenable, and unsustainable in law.”

Following the petition on Monday, The Bombay High Court has sought clarification from Reserve Bank of India. The case will be next heard on December 18.

Kochhar writes in her petition,“the RBI issued the alleged approval without due and proper application of mind and in colourable exercise of powers, by mechanically accepting the mala fide request of the respondent bank (ICICI) without disclosing contents thereof to the petitioner (Kochhar) and contrary to the provisions of Section 35B (1)(b) of the Banking Regulations Act,”.

The Banking Regulation Act has the provision of having prior approval from RBI to terminate the contract of a chairman or managing director.

“The requirement of prior approval is mandatory and cannot be granted post facto and the non-fulfilment thereof is incurable and an afterthought,” Kochhar’s petition read.

However, Kochhar’s writ petition was questioned by the bank on the ground that “they are a private banking company and the writ petition seeks to contest what are purely private contractual terms.” Hence, the bank claimed that her writ petition did not have a legal basis.