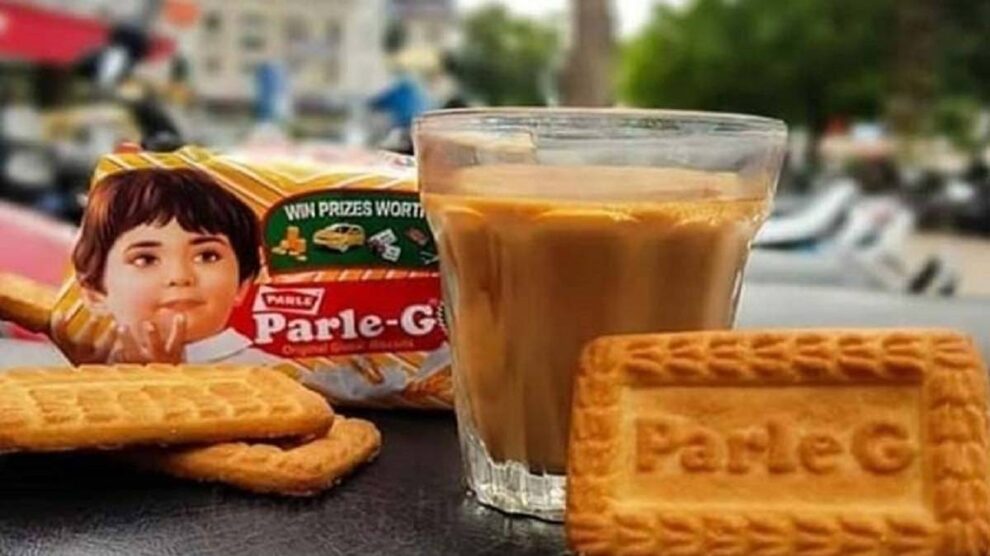 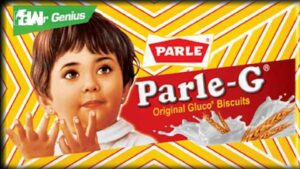 The FMGC food company that produces Parle-G continued its manufacturing units that are functioning with 50 % of workforce in adhering to Government guidelines to curb escalation of the Corona Virus break-out.

It is working to ensure that sufficient quantity of its products are available in the market after realizing its value as an essential food commodity especially in India where two-thirds of our citizens are below the poverty line. 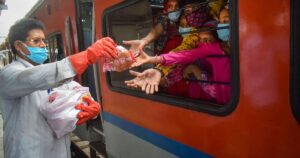 Parle donated crores of their Glucose biscuits to those in need with the help of Government of India during the recent tough times of Global pandemic.

They made sure that people whose livelihood was hampered without anticipation of such devastating instances should not sleep hungry.

As many migrant laborers have set off to their villages, most of them suffered from starvation and exhaustion. Early on in the lockdown, FMGC was contacted by the Government agencies to start their production with minimum laborers and supply Parle-G to those in need. 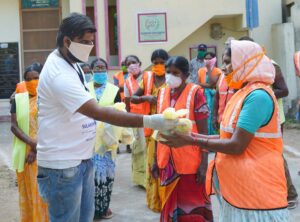 Photos of migrant laborers eating the Parle-G with water surfaced the internet. Reports of the biscuit being sold at inflated prices at worker encampments went viral as people saluted their Corporate Social work and responsibility.

FMGC Products are made in 130 factories across Indian states and districts. Parle-G falls in the ‘below-Rs.100 per kg’ affordable edible category which accounts for one-third of the industry’s entire revenue and over 50% of sales volume. The overall Indian biscuit sector is pinned at Rs. 37,000 crore in the year 2020 alone.

The company has raised a market share of 5 percent in the vastly competitive biscuit market recorded highest in their 80 years of existence.

What contributed to this Milestone for Parle-G?

Parle-G is a comfort food for most Indians and not just a biscuit, during time of uncertainty, it is usually 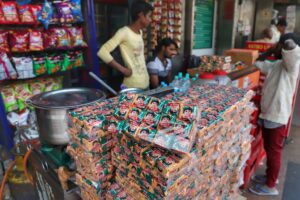 consumed a lot. Even during the natural crisis like tsunami and earthquakes, sales of Parle-G biscuits had gone up.

Parle-G is good for storing as it has a longer shelf life and can be consumed as a ready-to-eat food.

There were many organisations that were donating food to people i.e. distribution of Parle-G biscuits. People staying home during the lockdown also led to increased consumption as they were hoarding essential foods with fear of depleting productions in the market.

What beholds in the Future for this brand facing immense competition and extinction scare?

Parle Products is aiming to double its turnover and cross Rs 20,000 crore in the next five years. The company also expects staples and snacks departments to be its growth drivers in the coming years. Parle Products, which is a privately held company, has a present turnover of Rs 10,000 crore and is planning to double it by 2025. 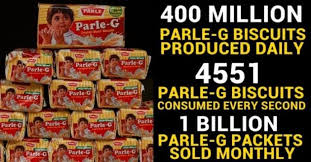 The 80-year-old Parle-G, according to their website, sells its products in markets all over the Globe in parts of West Asia, Africa and South-East Asia as well as the US, the UK, Canada, Australia and New Zealand.

The company set up a unit in Cameroon about two years ago to meet growing demand in international markets.

Back in India, Parle-G is expanding its product portfolio and relaunching existing brands.

Essential tea snack for Indian families, Parle Products Pvt.’s Parle-G biscuits, recorded highest sales during April-May. Citizens in search of a comfort food contributed to sales as well as government agencies and NGOs, who have distributed large quantities of Glucose biscuits costing just a minimum rupees of ₹5-₹10 per packet to the poor and underprivileged.

Parle-G biscuits are everybody’s favorite. Rich people dip them in milky tea and poor people in water. A pack sells for as little Indian rupees and can be enjoyed at five-star hotels, tea stalls known as Chai Tapri as well as in the fields of rural India.

Mukesh Ambani Takes Over As 4th Richest Person On The Planet
Ministry of Defence Bans 100+ Military Imports, Domestic Industrial Complex to Get a Boost
Comment