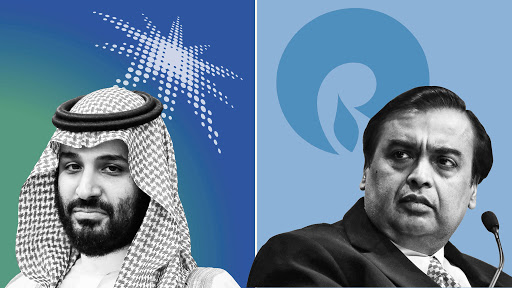 Saudi Aramco, also known as the Saudi Arabian Oil Company, is the largest exporter of Oil in the world. The company has been linked with India’s Reliance Industries Ltd. and a deal between both the companies is about to happen after months of waiting. According to the CEO of the Saudi Arabian Oil merchants, the deal is progressing with “due diligence” and the offer will be made only after a review.

The move will go through and the transaction with RIL will be made only after post-earnings call with analyst, as commented by the CEO of the Saudi Arabian Oil Company, Amin Nasser.

The Arabian Oil tycoons are planning to boost their refining capabilities in recent times. RIL will largely add to that list with their twin refinery at Jamnagar in Gujrat which is the world’s largest single-location oil refining complex.

The deal was announced in August 2019. The talks were of Saudi Aramco’s interest to buy a 20 percent stake in the Indian Company’s O2C business. The then valuation was done at $75 billion. Although the original timeline of the deal forecasted it to be completed by March, the deal got delayed. During AGM, this year, the Indian billionaire commented, citing the deal that it was delayed because of “due to unforeseen circumstances in the energy market and the COVID-19 situation”.

No new timeline was brought neither by Mukesh Ambani nor by the heads of Saudi Aramco. The only update that has been received is that the negotiations are ongoing and the shareholders will be updated “in due course.”

Reliance is also in talks of making the O2C business into a separate subsidiary to make the deal easier. The process might be completed by 2021 as updated by the chairman of the company, Mukesh Ambani.

The deal, however valuable, is not an imminent need for the Indian titans. They recently lured in investments from Facebook and Google and piled Rs. 2.12 lakh crore by selling off a 33 percent stake in the company’s digital arm, Jio. BP has also bought 49 percent in the fuel retail business and also had rights issues. This took the company to become a zero net debt Company and also added to the already bright fortunes of the CEO that took him to the rank of becoming the fourth richest man in the world. With these deals, the CEO had said during the AGM, the equity requirement had been met.

Speaking of the deal during the AGM, the chairman also said that Aramco buying a minority stake in the company is on track and both the companies are looking for a long term partnership.

This deal will contribute 0.5 million barrels per day by the Arabian company via the long term crude contract and reduce the demand risk for the company by a lot. It will also increase the company’s refining output double up and reach 8 million to 10 million per day.

The Saudi Aramco CEO also said, “It would give Aramco the opportunity to participate in the Indian market growth story where demand will likely be strong over the next two decades.”

Although the start of the year was great for the Arabian company as they became the world’s largest stock market listing, the year hasn’t progressed smoothly for the company. The Arabian state-held company was hit by tremors that shook up the whole oil industry. The coronavirus pandemic saw an overnight fall of oil demand, making the oil prices fall down. This saw a 73 percent drop in the company’s quarterly earnings.

Amin Nasser, the CEO of the company said, “Aramco has successfully navigated many challenges in its 87-year history.” He also added that this current crisis has caused the worst economic downturn the industry and the company have faced since the great depression of the 1930s is by far the toughest challenge the world has ever faced.

The company has done better than most of its rivals in the industry, but this shock was unforeseeable and affected the industry by a great margin. The company, however, has started to get itself back on track and has drawn out charts to make its way back re-evaluating its capital spending plan, cutting costs, etc..

The debt for the company has piled up more than ever. The debt rocketed up as they bought the majority stake in SABIC from the kingdom’s Public Investment Fund.

Despite this, the company’s chairperson pledged $75 billion in dividends targeted to the government and the main shareholders. Although lowering the spending costs on other departments, the company plans to boost its refining capacity to 13 billion barrels per day as requested by the company’s production policy dictators Riyadh.

COVID-19: How the Market Went From Recession To Rally in 4 months