The Delhi High Court granted an ad-interim injunction in favor of the Bjju’s-owned Whitehat Education Technology Private Limited, on Tuesday. The angel investor Aniruddha Malpani, against whom the case was filed was restrained by the court from making any comments that are defamatory in nature against the ed-tech startup and its employees. Malpani was also ordered by the court to take down certain tweets regarding the case within 48 hours.

A single-judge bench of Justice Mukta Gupta issued summons and notice to Malpani on the suit. The Court has asked both of the parties to file a written statement and reply along with an affidavit within 30 days. The next hearing on the case will be held on 14th January 2021.

Advocate Neeraj Kishan Kaul appeared in the court in favor of the company. The senior advocate argued that Malpani was involved in complete disparaging tweeting and reporting on the company’s business model.

Kaul said in court, “…There is a difference between what is of interest to the public and in the public interest. This is an angel investor investing in a rival business model which is into animation, website development. You are not making a fair comment from arm’s length. You can’t use the kind of words that you are using on social media. The intention is malicious. These are different rival models. The target and end game is the same. Your endeavor is you bring down a business model.”

On the opposing side was advocate Yadunath Bhargavan who appeared in favor of Malpani and said that the context of the tweets made by his client was completely different.

He said, “There is a 12 billion dollar startup is on one hand and an IIT grad on the other…What is being sold by Whitehat jr is that if you enroll, you will become Elon Musk. But they had to take it down… There are some places where I may have used certain words like cheat etc which I should not have but there are certain things which are genuine and should be a matter of trial.”

WhiteHatJr has been in recent weeks had to go through several criticisms. The company has serious allegations against them. The ed-tech startup has been alleged to be a “pyramid scheme” by one of the critics Pradeep Poonia. The company had also claimed a defamation case against Poonia, the case was heard on Monday. The court granted an interim injunction in the defamation lawsuit that was made by the company against the critic.

A case has also been filed by the startup against another staunch critic, doctor and angel investor Aniruddha Malpani on the grounds of “incessant posting of false and defamatory tweets which are causing severe damage to WhitHat Jr’s reputation and business through waging a systematic attack on WhiteHat Jr over social media.” Malpani like Poonia has also thrown serious allegations against the company in recent times for which the company is asking $ 1.9 million in damages. 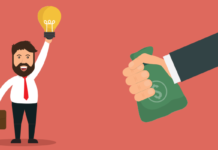 List of top & most active 30 angel investors in Mumbai