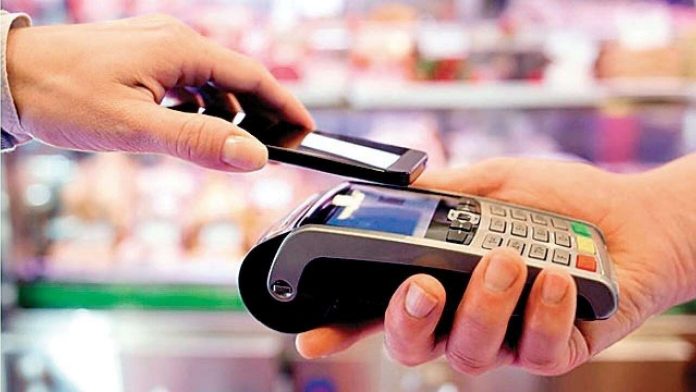 Digital payment which you would be thinking must have been a saviour in times of coronavirus saw not only rise but fall too during the lockdown. The government launched Digital India Campaign to promote digital payments. Recorded the highest ever transaction in February and second-highest in May. In February transactions made through beam UPI reached 132.32 crores amounting to 2.2- 2 lakh crore.

Whereas April’s of fallen UPI transactions and whilst may record its second highest transactions ever. Here we bring to you some more figures of transactions done during the lockdown through various modes.

If we talk about immediate payment service, may record more transactions in comparison to April through this fun transfer service. While digital payments and payments made through paper-based instruments saw a fall of 46 percent in April in comparison to March.

Card payments made through credit or debit card also saw a fall of 57 percent in April when compared to March. On the other hand, cash withdrawal from ATM nearly hopped in April. During this digital era people still step inside ATM booths to withdraw cash to buy essentials.

Where digital payment is not available now to keep the customer safe banks are gearing up to install contactless ATMs in which QR code displayed on the ATM screen has to be scanned. And then the steps need to be followed on the respective banks mobile labs after completing the step enter the amount and pin and then ATM will dispense the cash meanwhile here are some tips for you to safely withdraw money from ATMs.

The queues are shorter but some people’s troubles have introduced cash remains in short supply all over India since the government’s withdrawal of the two largest currency notes.

Earlier this month for some small businesses like this roadside food stall online wallets access through smartphone applications are becoming an option. As the new generation explains the benefits to the older one we can’t take the old notes and don’t have changed for the new 2000.

So we started using the online wallet. We don’t have to refuse customers or lose business. there are roughly two hundred thousand ATMs in the country that’s about 16 machines for every 100,000 people and with 24 and a half million credit cards and 661 million debit cards. It’s still not enough.

The government is encouraging more online and digital transactions with some companies using the opportunity to promote their digital products. But cyber law analysts are warning users to be cautious. They say India lacks the legal framework for mobile payments which can leave consumers liable in case of a payment dispute.

The legislation to deal with the digital format being the Information Technology Act 2000 in India is grossly deficient. It’s silent on any huge pertaining to mobile payments. a bigger problem is the lack of facilities and power lines that greatly widened the digital divide for many.

Digital India push came first in 2016 after demonetization. When the currency disappeared overnight a lot of people had no choice but to move to digital payments as an option. But we also saw that as cash started being introduced once again into the system people went back to more comfortable ways. What has happened though post coronavirus pandemic this year is on a different scale.

There may be many sums to this and one of them may be that more and more people don’t want to handle cash. More and more people find it safer and easier to make digital payments. The explosion of broadband and internet connectivity may have helped whatever it may be.

We are in a situation now where payments through digital modes are expected to jump to 1.5 billion transactions worth 15 trillion a day in the next five years according to the reserve bank of India.

Within these if I were to focus on UPI based transactions they are at record highs. In September there were about 180 crore transactions worth over three lakh crore rupees and we believe that in the first 15 days of October it’s already crossed a hundred crores so we may be looking at 200 crore transactions on UPI may be pushed by online festive sales etc. In the month of october it’s a fascinating pace of growth.

The goal in the transition from cash to digital payments is building a strong a digital payments ecosystem. That means putting in place the technology, the partnerships and the rules needed for digital payments to operate effectively. When the system works more people will use it. When enough people use it a tipping point is reached away becomes harder to stay outside the digital payments system.

Let’s look at who plays a part. Government’s set digital payments regulations and enforce them. They can also lead by. Example by making and receiving payments like salaries pensions and taxes. Electronically financial institutions issue accounts that enable electronic transfers payment.

The better than cash alliance is supporting this cooperation to build stronger inclusive digital payments ecosystems and bring the benefits of digital payments to more people around the world.

Digital payments have revolutionized the way that people everywhere pay and accept money for goods and services consumers. Merchants no longer have to worry about the inconvenience and security risks involved with carrying around large amounts of cash. In order to pay for the things, they need but the benefits of digital payments go well beyond just convenience and security.

It turns out that digital payments also expand the potential customer base for merchants, reduce cash and check handling costs provide access to financial services to many previously unbanked populations and bring many shadow economy transactions into the formal economy increasing tax revenues.

For government all of these factors combine to reduce overall friction for the economy leading to increased spending and consumption. this increased spending in turn justifies crater production. an increase in jobs higher wages and overall economic growth.

How much have digital payments contributed to economic growth?

In addition, around 2.6 million jobs were created per year or nearly one-half of a percent of total employment in the country. Studied across the countries studied on average a 1% increase in digital payments adoption equated to around 104 billion dollar GDP growth.

This growth was shown across the board. In both developed and developing nations providing huge potential return for emerging countries where adoption of digital payments is still in the early stages.

So the effect of digital payments goes well beyond just convenience digital payments actually have the potential to drive economic growth expand economies increase the number of jobs. And drive financial inclusion around the world while at the same time increasing security reducing the shadow economies and making payments easier for everyone everywhere.

The important point to note was the number of users who are going digital with their transactions has actually increased through the lockdown and I think that’s the structural change that is most important.

In fact, we’ve seen the highest level of organic customer acquisition through the lockdown mainly because with social distancing, transacting virtually or transacting digitally became the need of the hour.

So the number of new users who have actually jumped onto the bandwagon of digital payments increased significantly with the lockdown getting lifted and businesses. Coming back online and when I say online back to actually doing their business.

All these new users who have come on board are now continuing to transact digitally which has actually resulted in the transaction volumes also skyrocketing. So what we have seen really is a structural change in behaviour that I believe is a baseline shift and is here to stay.

Mainly because of two reasons- one the realization of the convenience compared to a demon movement. This time I think we were more prepared as a digital economy to handle the transaction volumes and UPI obviously being a big contributor.

Two the fear of Covid and the need for social distancing continues to stay and is here for a while. So I believe that what we are seeing now is a structural shift that will mean that more users will keep coming on board and the number of transactions on a daily basis will also go up.

If I talk in a very simple language for a consumer, you saw your daily high frequency transaction things like milk, things like grocery, things like newspaper, these were never on the digital payments. They were huge problem and cash was simpler solution that time now what you see even in a current time while we’re still lagging behind on the values.

So even at the lowest level a smallest vendor today is open to accept digital payment options. That’s another change and lastly even things like remittances which are seen in a mass middle class. Let’s say migrant population which actually took a very big hit the volumes dropped even the value dropped to almost like 90 percent in month of march April.

But interestingly though, every migrant worker has yet not returned but we are actually seeing even those flows suddenly moving up and reaching back to about 90 level. Now whether it will sustain or not. I think time will tell but I believe that if we are going to do these high frequency low value transaction the probability of sticking this behaviour is much higher than all the previous.

The impact is different what it has forced a lot of the business community and the merchants is to think very differently about their business. But one thing for everybody has been how to expand your business in as many ways as possible and therefore going digital with your business is no longer an option for a particular merchant who was relying on just his very specific local area of business.

He’s seen a shrink of business. Some people are just not coming out there. They moved to online or maybe to some large retailers who are delivering to the doorstep. So he needs to reach out to a newer base maybe to people that are not there within his known set of regulars. So everybody is trying to figure out how they can turbo charge their business and restart their business and going digital has become a need.

So how do we make it as a natural process what probably cast to a lot of these segment the moment we reach there I think we have suddenly a digital economy with digital cash. Well we’ll wait and see we’ll wait and see how people responding to you know online sales the festive season also add on to these numbers that we’re seeing and how consistent the adoption is of digital payment.