After the foundation of Vanjiya Bhawan, a new office complex of the Ministry of Commerce the Prime Minister in his address speech. Highlighting the BJP government’s efforts on inflation, current account deficit ad fiscal deficits he told that the initiatives have always been to ease business.

“GDP growth touched 7.7 percent in the last quarter of 2017-18 fiscal but now the time has come to look beyond 7-8 percent growth and target double-digit expansion”, said PM Modi.

Seeking for all the state’s support he emphasized the need for increasing exports.

Talking about the achievements of his government, he says the culture of atkana-latkana and bhatkan (obstructing, delaying and misguiding) has moved away. He emphasised that this would be in keeping with the spirit of ‘New India’ and moving away from old practices, under which important building projects, even in the capital, has been inordinately delayed.

54 lakh new taxpayers have sought registration under the new regime, taking the number of indirect taxpayers to over 1 crore, a significant jump from 60 lakh indirect taxpayers in the pre-GST era. Foreign direct investment inflows as well as foreign exchange reserves are at record highs, he added. 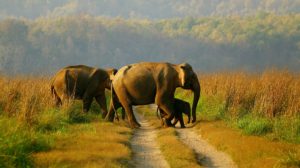 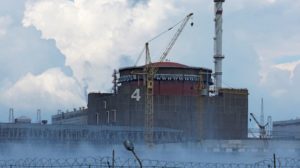