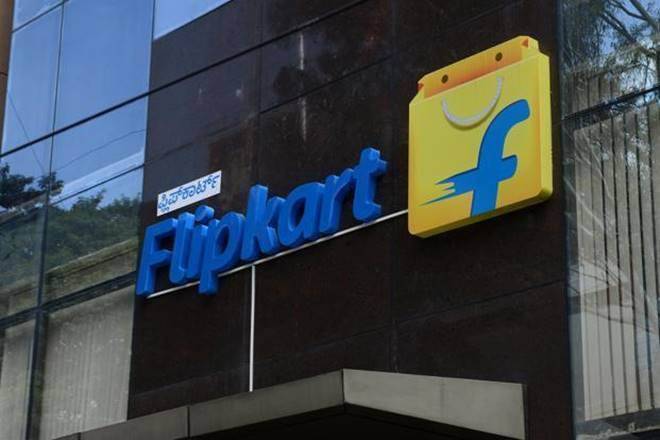 Indian e-commerce giant Flipkart gearing up for an initial public offering overseas as early as 2021, which could boost the valuation of the firm up to $50 billion.

Walmart Inc.-controlled Flipkart, competing with the e-commerce giants such as Amazon’s local unit in India and India’s Reliance Industries, will be aiming for a valuation in the $45-$50 billion range.

If the goal set by Walmart is achieved, their investment will increase by more than 2 times. Flipkart will go public either in Singapore or the United States, the e-commerce giant is likely to choose one of the two places.

Even though Flipkart is incorporated in Singapore it could still go public in the United States, where parent Walmart is headquartered, as getting listed in the United States could give it access to a deeper pool of funds. Currently, the conversations and preparations have been kept internal, but the firm is ready to tap external advisers on the process soon.

The discussions started right after India’s new regulation draft came into the picture, as the new regulations could make it easier for the Indian companies to go public overseas.

The work has started to ensure compliance, legal and finance functions will meet regulatory standards ahead of a potential listing.

Walmart aims to take Flipkart public by late 2021, as of now, or early 2022, but because of the pandemic and current crisis, things looks a little blurry.”IPO ready” has become a constant theme in top-level meetings internally. “As per Walmart’s timeline, the IPO could be done by 2022. But the digital transformation in India, with customers increasingly moving online to shop, has been so rapid, that it has made Flipkart grow much faster. Therefore the IPO plan could also be fast-tracked. Flipkart would get the best valuation if the IPO happens in the US.”

Flipkart’s subsidiary, PhonePe, which the e-commerce major acquired in April 2016 is also looking to turn profitable by 2022 and go public by 2023. Mint first reported on PhonePe’s IPO plans on 22 April.

The digital payments major which rivals firms such as Paytm Payments Bank, Google Pay and Amazon Pay is most likely to go public in the US, and will seek a valuation of $10 billion on the listing.

Recently, Flipkart as a part of its funding announcement from Walmart said that PhonePe is currently processing annualised total payments value (TPV) of $180 billion, and witnesses more than 500 million transactions monthly on its platform. It looks to exit 2020, with more than 275 million users on its platform. PhonePe has also set its sight on international geographies and may also look to take its payment solutions through Walmart Inc. to the North American market.

Flipkart’s current priority is growth for a higher valuation

In July, Walmart led a $1.2 billion investment in Flipkart Group, valuing the company at around $25 billion, in its largest fund-raising since its acquisition in 2018.

In India, Flipkart competes with Amazon and Reliance Industries Ltd, which has been ramping up its e-commerce business with JioMart.

In the past few months alone, Flipkart has not only expanded its customer base and broad-based supply chain, but also reached out to more delivery pin codes even in smaller cities, and introduced multiple vernacular languages on its platform.

“The focus of Flipkart however is growth right now and the IPO timeline is not fixed yet. But the global guidance and Walmart’s acquisition was to always create the right processes and build the company to eventually take it public,” said a second person.

Flipkart’s wholesale unit acquires parent company Walmart’s loss-riden cash-and-carry operations in India. The deal, announced in July, clears the lines for Flipkart to further grow its business-to-business vertical and take the fight to rivals Amazon and Reliance JioMart in the race to woo the legions of small retailers across the country.

Bentonville-headquartered Walmart has been long searching for a viable and competitive business model for the Best Price brand that consists of a network of 28 stores and e-commerce operations. The accumulated losses for Walmart India stood at Rs2,181 crore until March 2019. In fiscal 2019, the company reported revenue of Rs 4,095 crore on a loss of Rs172 crore.

In contrast, Metro AG posted 10% growth in net sales at Rs 6,755 crore during the year ended September 2019 according to its global annual report that also said the Indian unit has been profitable since the last two years

In January, Walmart had let go of nearly 100 senior executives including vice presidents across sourcing, agri-business, and the fast-moving consumer goods (FMCG) divisions. The downsizing was a precursor to a sale or consolidation of the unit with Flipkart.

Walmart India CEO Sameer Aggarwal said the combination “allows us to grow much faster and become bigger.” The Best Price operation will continue to run as it is, he said, while clarifying that “In terms of legal structure, currently Walmart India is a separate entity within the Flipkart Group.” Aggarwal will remain with the company during the transition and will then move to a different role within Walmart.