The Indian Wire » Business » E way bill: It’s working and how it put India’s trade transport system on halt for one day 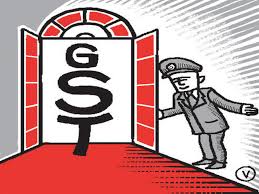 The Goods and Services Tax, which was rolled out in July 2017 provides for a requirement of pre- registration of goods more than INR 50,000 in value, online. This provision waas likely to be implemented from October after infrastructure for smooth generation of registration and its verification through hand- held devices with tax officials is ready.

E-way is an electronic billing system for traders who are moving their goods for sale beyond a 10 km radius. While the mandatory compliance of inter-state E-way bill may roll-out soon once again, however, for intra-state, the date is 1st June. Kerala, Rajasthan , Uttarakhand and Karnataka are a few states which have already implemented the e-way bill system.

The information technology platform for the e-way bill system has been developed by the National Informatics Centre along with GST-Network.

The draft e-way bill rules, which were made public in April, provide that the person in-charge of conveyance will be required to carry the invoice or bill of supply or delivery challan, and a copy of the e-way bill or the e-way bill number, either physically or mapped to a Radio Frequency Identification Device (RFID), should be embedded on to the conveyance.

The rules authorise the tax commissioner or an officer empowered by him on his behalf to intercept any conveyance to verify the e-way bill or the number in physical form for all inter-state and intra-state movement of goods. As per the rules, physical verification of conveyances can be carried out on specific information of evasion of tax. A summary report will be required to be submitted by the officer in charge of every inspection of goods in transit within 24 hours and the final report within three days of such inspection.

As government’s GST collection began falling in the month of October and November, the GST Council, concerned over lower indirect tax revenue, mainly a result of tax evasion, decided an early roll-out the mandatory compliance of inter-state movement of goods from 1st of April to 1st of February. Even as the trial run began from January 16, on the day of the roll-out, technical glitches took the toll and led to a halt of merchandise or goods movement on the 1st of February.

The government has now decided to defer the roll-out of the system and extend the trial phase of the generation of the e-way bill both for inter-state and intra-state movement of goods. According to Media reports, the mandatory roll-out may take place in another two weeks. The GST Network has been asked to come with a foolproof system before it is implemented.

Startups stand a future in India or no?
PMI: The service sector has grown tremendously in January