The Internet is a huge place, where every second two people discover and experience the pros, and the number will keep increasing to reach one billion by the year 2020.

However, we only access about 4% of the internet, there is a lot to tackle in the number.

India comes under the largest growing economy and a huge portion of millennials who by day are contributing to the economy through e-commerce.

E-commerce is a most reliable source of any business start-up in this century. No battle for the online future of India is more intense than the one now being waged in e-commerce today. Companies like Flipkart, craftsvilla, snapdeal have established strong embankments for the youth to consider it as a definite career in business and marketing.

Indian e-commerce has such potential because it can bring changes to the age-old sales and methods of e-business to mark a great future and boost the economy from developing to developed. 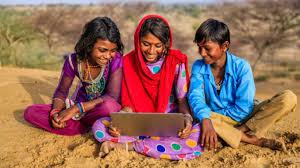 However, a major lack here is the absence of involvement of the rural sector. As Khadi India tries to bring back the culture and provides a medium for the backward class to participate in the developmental process, somehow e-commerce sites have left behind the real part of India and marching towards taking India on a global level.

Yes, as digital India struggles to mark its place, globalization is seen more as a necessity.

Still, to continue the pace, such startups should also be focusing on merging rural India and crafts to pave way to better growth as a whole.

Simply to assume that e-commerce will conjure up growth—particularly of the labour-intensive sort that India needs—would be a mistake, since India is also poor, it’s manufacturing base is not that strong, unlike China where it was comparatively easy for Alibaba to maintain a stature because of ways to excess inventories and a huge market for manufacturers.

Being a diverse and secular nation, marketing for over 20 languages seems arduous. As the Modi governments’ continuous efforts to upgrade the startup as well as the widen the growth of India, e-commerce will be a continuous battle to fight, for both the customers as well as the businessmen. 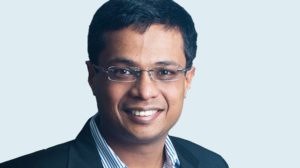 Benefits of referral Schemes in Marketing
Angel Bee offers a new way to get rich!