The protest against the Ministry of Railway’s recruitment process, which has been centered around Bihar and Uttar Pradesh, took a radical turn when protestors torched four empty coaches of a stationary train in Gaya.

According to the demonstrators, the very system of screening tests across different pay grades is designed in such a way that it favors candidates with higher qualifications. Therefore, this frustration has escalated into violence.

What fueled the demonstrations?

The railways received around 1.25 crore applications for the 3,528 vacancies, of which around 7,05,446 candidates were shortlisted. The candidates claim that there was only one exam mentioned initially when vacancies were advertised in 2019.

Demonstrations started when the government decided to conduct a second computer-based test for the respective positions.

Nevertheless, the authorities have denied the allegations and said the second exam had been mentioned in the recruitment notice.

Therefore, it is not merely about the lack of jobs, but the burdensome atmosphere that has been created.

What’s the purpose of two exams?

There is a stark difference between the vacancies available and the number of applicants.

1.25 crore applications for 35,000 posts. Hence, the authorities have said that there are two tests to keep the selection process fair.

This incident has indicated that the two most populous states are facing severe unemployment. This tussle for government jobs shows how youth prefer a steady and secure job, which they are unable to find. As estimated by labor surveys, a quarter of youth is doing “unpaid familial work” and lending a helping hand to family members, and preparing for exams. Only one-third had regular jobs; however, 75% of them had no written contracts.

According to estimates put forth by an independent think tank, Centre for Monitoring Indian Economy, unemployment rates have crept up to 7% in December 2021. Such surveys and estimates are indeed alarming and need urgent attention as well. Such demonstrations have given a wake-up call to the policy makers.

Student unions have called for Bihar-Bandh. Furthermore, a high-level committee to resolve the grievances of the students has been appointed by the Railways. The applicants have been given time till 16th of February to submit their complaints. Thus, the committee will submit its report by the 4th of March. 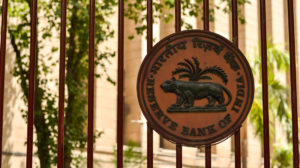