New Zealand’s annual consumer inflation soared to a 32-year high of 7.3 percent on year in the quarter ended June, as per the official figures released on Monday.

The consumer price index (CPI) quickened from a gain of 6.9% in the first quarter and shot to the highest since the June quarter of 1990 when inflation was 7.6%.

On a quarter-on-quarter basis, the index rose 1.7%, insignificantly lower than the 1.8% rise in the first quarter.

The reason behind the causation of inflation is rising fuel, food, and housing costs, said Stats NZ, putting the price rise at the same level as seen in 1990.

“Supply chain issues, labor costs, and higher demand have continued to push up the cost of building a new house,” said Jason Attewell of Stats NZ.

Earlier in July, the Reserve Bank Of New Zealand increased its benchmark interest rate to a record high in six years and warned that additional increases could come in the future.

New Zealand’s central bank last week upped its official cash rate to 2.50%, the latest in a string of hikes. In October, last year, the benchmark stood at a record low of 0.25%.

The bank has hinted at further taking the rate to 4.0% by the middle of 2023. Before the announcement of inflation data, most economists had not expected the bank to stretch this far.

Most economists anticipated that the Reserve Bank of New Zealand (RBNZ) would hike rates by 50 bps next month, but the second quarter’s inflation results have made it more evident that the bank may follow the global trend of taming inflation by inching up interest rates.

Inflation and its impact on households in New Zealand have become a contentious political issue.

Transport Minister Michael Wood said the government could not change the global factors behind the price rise, but they could assuage the impact of inflation.

The government on Sunday said relief measures for fuel and public transport would continue to be in force until January.

In light of New Zealand’s reopening of its borders on July 31 to all foreign visitors, Nicola Willis, deputy leader of the opposition National Party, claimed that allowing in more immigrants will help contain increasing inflation. Immigration would aid in reducing inflation.

( With Inputs From Reuters, AFP) 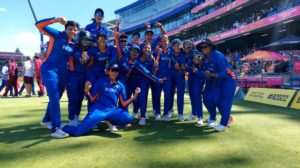 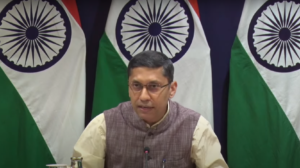 President Joe Biden at the Saudi Arabia Summit tells the Arab leaders that the US “will not walk away” from the Middle East
Amid Global Economic Turbulence, Morgan Stanley Trims India’s GDP Growth Forecast For FY23, FY24
Comment