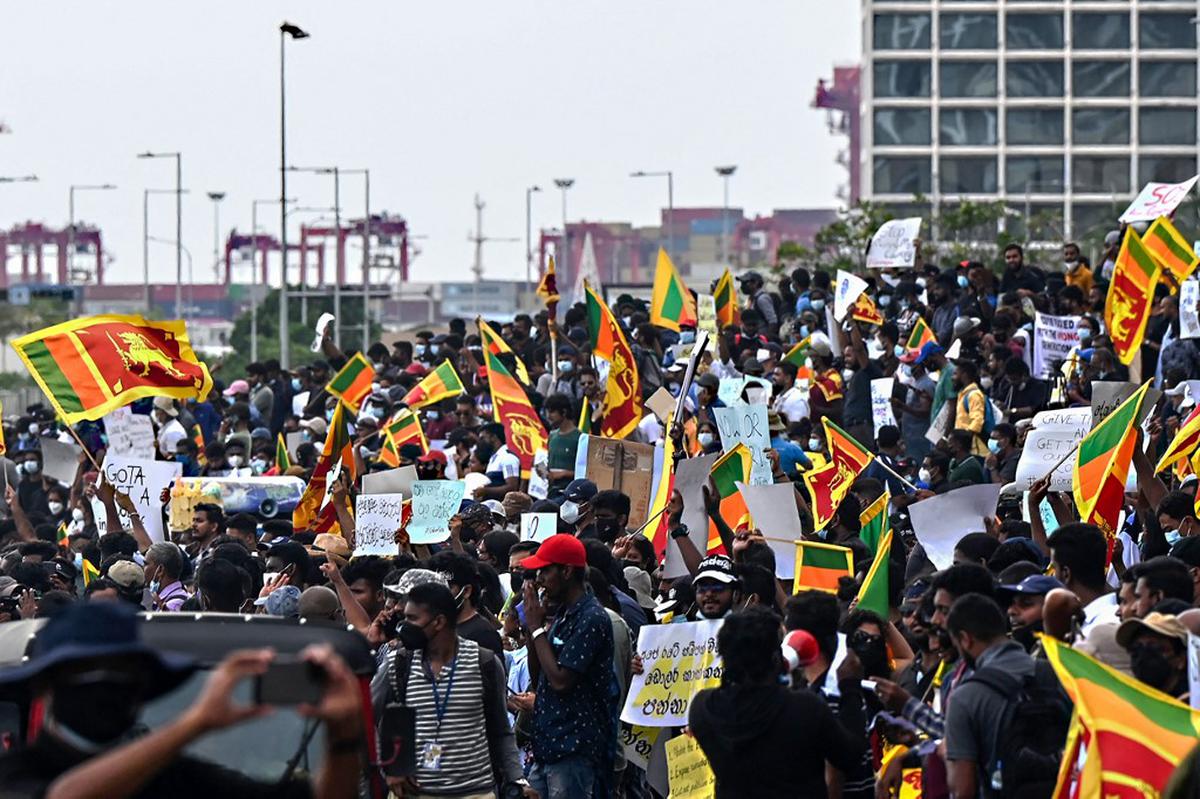 A large protest erupted in Sri Lanka amid an economic and political crisis. It is the country’s steepest plunge since independence in 1948. Thousands of people have been facing power blackouts, fuel shortages, and shortages of even essential commodities.

According to AFP sources, a large number of people had joined the protest, which was organized on social media.

Chants like “Go home Gota” were heard, and some carried handwritten placards that read “It’s time for you to live” and “enough is enough.”

What led to the economic crisis?

The economy was already struggling to cope with COVID-19 and it was further burdened with soaring global oil prices due to Russian’s invasion of Ukraine. As a result, the growth of the nation is sluggish and inflation is at an all-time high.

The head of Sri Lanka Association of Manufacturers and Exporters of Rubber Products, Rohan Masakorala, said that “the current political and economic impasse simply cannot continue any further. We need a cabinet and an interim government within a week at most.” (Source: The Hindu)

In addition, it would not be incorrect to say that those who voted Rajapaksa into the presidency a few years ago find themselves in a difficult position now. Particularly, those who heavily funded his election campaign.

Long queues for diesel, cooking gas or kerosene are common these days. As a result of skyrocketing prices of medicines and the 13-hour electricity blackouts, routine surgeries have been halted in hospitals across the country. Food prices have doubled in less than a year.

Inflation in the country increased by 18.7 percent in March, according to figures presented by the Sri Lankan Central Bank.

The dropping value of Sri Lankan currency is further worsening the situation for those who are planning to leave the country during the economic crisis.

Meanwhile, the government has turned to the International Monetary Fund (IMF) for a bailout, as the newly appointed Finance Minister Ali Sabry, has told the parliament on 8th of April that he expects a sum of three billion dollars from the IMF.