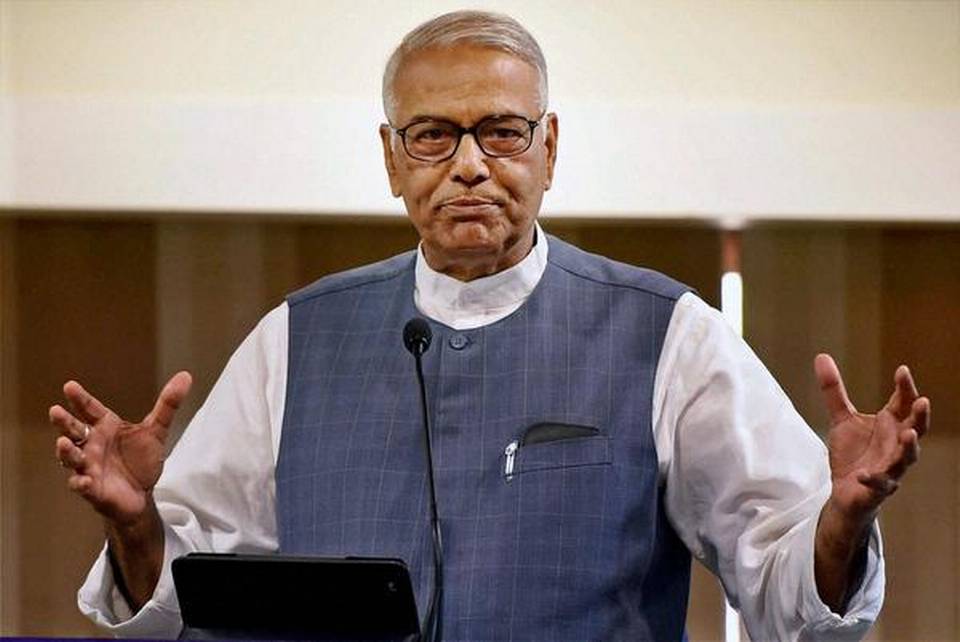 The GDP growth rate for second quarter of FY20 will be announced today. After a downward slide in growth for six quarters straight, the government would want the GDP growth to stabilize for Q2 of FY20. However, the Former Finance Minister Yashwant Sinha predicts that the GDP growth will hit yet another low.

Speaking at an event, the Former Finance Minister said, “When I spoke about economy, I was attacked and told that I was looking for a job at the age of 80. If the government continues to remain in denial, the problems will never be resolved. We know where the taxpayers’ money is going, be it GST or any other tax. Government will spread lies and say that the fiscal deficit is under control; but this year’s fiscal deficit will be worse than we imagined.”

He further said, “Demonetization impacted the unorganized sector badly and if we take that into account, we will understand what exactly the situation is.”

Economists and experts have predicted that the GDP growth rate will decline to 4.7% in the second quarter of FY20, down from 5% in the previous three months.