The KV Kamath committee had identified the entities in these 26 sectors and also the healthcare sector to have credit outstanding of more than ₹ 50 crores and up to ₹ 500 crores as of 29 February 2020.

Finance Minister Nirmala Sitharaman while announcing the scheme to boost the Indian economy said, “ECLGS 2.0 will provide much-needed relief to stressed sectors by helping entities sustain employment and meet liabilities. Will also benefit the MSME sector, which provides goods and services to eligible entities.” According to the information given by the government, the scheme will be available till 31 March 2021.

The finance minister also added, “The tenor of additional credit under ECLGS 2.0 will be 5 years, including a one-year moratorium on principal repayment”

Earlier, the ECGLS had been earlier extended by one month till November 30. This scheme was launched by the government as a part of the first ‘Atmanirbhar Bharat’ package in May to lessen the distress caused by the COVID-19 led pandemic and the lockdowns imposed to stop the spread of the virus. The government provided credit to different sectors, especially micro, small, and medium enterprises (MSMEs) to lessen the distress in the sectors.

These new stimulus measures are aimed to provide relief to the Indian economy which is reeling under the impact of the coronavirus pandemic. Multiple discussions have taken place in the government and also with industry bodies and stakeholders before today’s announcement.

During the press briefing, the union finance minister had said the economy is recovering as the number of active COVID-19 cases is falling every day in the country. She also highlighted the measures that the center took to revive the fallen economy and to support growth.

According to her statement, measures were taken under the first phase of Atmanirbhar Bharat, such as the ‘One Nation One Ration Card’, were making progress.

According to the Reserve Bank of India, in the current growth rate and momentum sustains the economy could break out of contraction and return to positive growth by the third quarter of the current financial year. According to the October 2020 data, the central bank said that the prospects for economic recovery have brightened and stirred up consumer and business confidence. 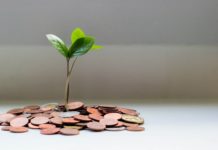 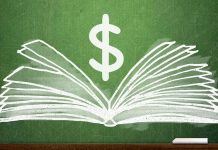 3 Best Money Books To Improve Your Financial Literacy in 2021