Out of total 49,500 tonnes of onion contracted by Metals and Minerals Trading Corporation of India (MMTC) so far, the first batch of 790 tonnes of imported onion has reached the Mumbai port.  The officials from the Consumer Affairs Ministry informed that onions are being distributed to Delhi and Andhra Pradesh Government at a cost of Rs. 57-60 kgs.

The fall in onion production in Kharif season has largely hit the market and consumers. The price of onion is ruling at 120 per kg in metros market.  Following the late arrival of Monsoon this year, onion got delayed in sowing and again the prolonged rains in major onion-producing areas of India have caused the damage to the production. In result, it has badly affected the supply in the market, leading an unexpected price hike in onions.

The Union Cabinet last month decided to import 1.2 lakh tonnes of onions to improve the domestic supply and control the price hike. The state-run MMTC was given the task of importing onions from Egypt, Turkey and Afghanistan. The National Agricultural Cooperative Marketing Federation of India will supply the onions into the domestic market.

The other consignment of 12,000-tonne of imported onion is expected to arrive by the end of this month. The two consignments of the first batch – 290 tonnes and 500 tonne – are being offered at Rs 57-60/kg to state governments as Delhi and Andhra Pradesh has placed their demands earlier. The state governments have started transporting onions which are expected to reach the markets in the next 3-4 days. The other consignments of imported onions are underway.

Union government has taken many preventive measures to stop the price hike of onions in the market. The other measures include a ban on onion export, slashed stock limit of onion for traders and supplying buffer stock at a cheaper rate. 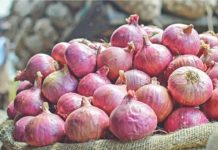 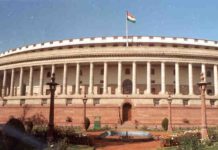