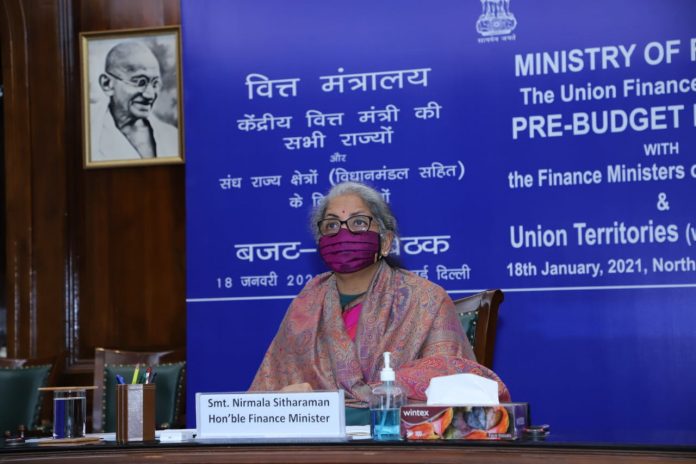 New Delhi: The Union Minister for Finance and Corporate Affairs Nirmala Sitharaman Monday held the pre-budget consultations with the Finance Ministers of States and Union Territories (with Legislature).

As per the PIB press release, Dr. A.B. Pandey, the Union Finance Secretary informed the importance of this particular consultation meeting.

Sitharaman highlighted the importance of this meeting as a sign of cooperative federalism and indicated how the Union Government was strongly supportive of the States/Union Territories (with Legislature) fighting against the pandemic.

The participants also gave numerous suggestions to the Union Finance Minister for inclusion in the Budget Speech. The union budget will be presented on February 1.

12 new states of US might legalize gambling soon: Morgan Stanley

Ministry of Fisheries, Animal Husbandry and Dairying gives the status of Avian Influenza in India