The FOLLOWING are the top ten Richest Indians as per Forbes list, March. Only, Savitri Jindal, managed to secure a position in the top ten list.

Mukesh Ambani became the richest Indian with standing at tenth position in global rankings as per Forbes as of March 27, 2021. His Net Worth as of 30, March 2021 is $79.4 billion.

Mukesh Ambani chairs and runs Reliance Industries that earns a revenue of $88 billion. Reliance has diversified business interest in petrochemicals, oil and gas, telecom and retail. During the Covid-19 lockdown, Ambani raised over $20 billion by selling a third of Jio to a string of investors, such as Facebook and Google.

Gautam Adani with a global rank of 22 on Forbes Richest people list became the second most richest Indian. The Net Worth of Adani, as of 30 March 2021, is $54.2B. Adani Group’s interests span commodities, power generation and transmission, real estate and defence. Earlier this month, Adani acquired a 58% stake in Gangavaram Port.

In the past year, the Adani group’s six listed units added a combined $79 billion to their market value, at the peak of a pandemic, capping the best one year in their history. 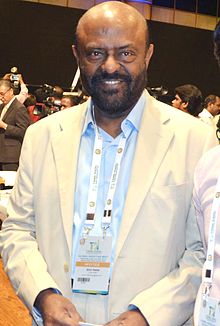 Shiv Nadar made it to the third spot to India’s Richest people with a net worth valuing at $24.7 Billion. Indian IT pioneer, In 1976, Nadar co founded HCL in a garage to make calculators and microprocessors.

Today, his HCL Technologies earns a revenue of $9.9 billion, making it to the India’s third-largest software services provider by market cap.

With a net worth of $16.8 billion, Mittal’s made it to the fourth spot of the richest Indians. His company, ArcelorMittal, earns a revenue of $53.3 billion, making it the world’s largest steel and mining company by output. The company reported a net loss of $0.7 billion in 2020, a year heavy for the steel shipment companies.

Despite this, they managed to get a space in the top ten list. In 2019, Arcelor and Nippon Steel completed their acquisition of Essar Steel worth $5.9 billion. Once Essar Steel was owned by billionaires Shashi and Ravi Ruia. In January 2021, Aditya Mittal became the CEO, but he remains executive chairman of ArcelorMittal.

With a net worth of $15.1 Billion as of March, 30,2021, Uday Kotak made a spot in the top five richest Indians. Kotak Mahindra Bank is one among the India’s top four private sector banks in terms of Market Cap, as a result of its 2014 acquisition of ING Bank’s Indian operations.

In June 2020, Uday Mahindra sold some of his shares to reduce his stake in the bank, in line with the agreement of the Reserve Bank of India.

Kumar Birla is the fourth generation head of Aditya Birla Group( ABG). ABG’s main source of wealth is through commodities. The European Commission, in October 2019, approved the $2.6 billion acquisition by his Novelis of Aleris, an aluminum producer in Ohio. His telecom firm Vodafone Idea was formed after the merger between his Idea Cellular and Vodafone India in 2018. Now, it is known as Vi.

Chairman of Poonawalla Group, Cyrus Poonawalla’s portfolio includes the Pune-based Serum Institute of India that produces over 1.5 billion doses annually. It manufactures a range of vaccines, including measles, polio and flu.

The company stands at seventh position with an estimated net worth of $12.8 billion. Under his U.K.-educated son Adar, Serum’s CEO, the company has made an $800 million investment to produce covid-19 vaccines.

With $10.5 Billion net worth, as of March 30, 2021, Sun Pharma’s Dilip Sanghavi stands at eighth position in the Forbes Richest Indians List as of March 27, 2021. His company is the fourth-largest specialty generics maker in the world, and India’s most valuable pharma outfit with March 2019 revenues earned of $4.1 billion.

Sun Pharma expanded through a series of acquisitions, the biggest of which was the purchase of rival Ranbaxy Laboratories for $4 billion in 2014.

With a net worth of $ 10.3 as of March, 30,2021, Mittal stood at ninth position in India’s Richest list by Forbes. March. Mittal, a telecom tycoon also owns Airtel Payments Bank in a joint venture with Kotak Mahindra Bank, controlled by Uday Kotak. In May 2020, through his investment firm, Mittal acquired a stake in AU Small Finance Bank.

Savitri Jindal, the only woman in the top ten richest Indians, is the widow of founder Om Prakash Jindal. Jindal Group interests are diversified in the steel, power, cement and infrastructure sector.

Upon the death of the founder, O.P Jindal, the group companies were divided among his four sons. They run them independently. The biggest assets holdings of the group are controlled by her Mumbai-based son Sajjan Jindal, who runs JSW Steel, amongst others in the portfolio. 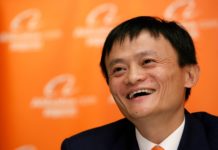 Jack Ma steps down as chairman of Alibaba; says will focus on education in rural areas, philanthropy 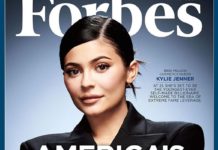 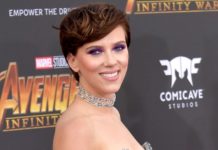