The State Bank of India has started notifying account holders about a possible scam that is being run via WhatsApp. They have said their account holders to keep their eyes open in case they receive any WhatsApp message or call asking for their account details. A tweet from the country’s largest lender informed that customers are currently being targeted on WhatsApp.

In the tweet, the bank wrote, “Customers are now being targeted on WhatsApp. Don’t let cybercriminals fool you! Please be aware and stay vigilant.”

India has seen a growth in online scams in the last few weeks. As the country is slowly going digital, scams and frauds have risen in number.

The State Bank of India has also notified, for the benefit of their customers, how the scams are taking place. They have said that scammers are contacting their targets via the application WhatsApp to obtain important account information. Often, they said, fraudulent activities like fake WhatsApp calls and messages to inform the customers that they have won lotteries and asking account numbers or vital account information is being committed.

They have also noted that the employees of the State of India never asks about account information through any digital platform like SMS, Email or WhatsApp, or even over the phone. They also have said that the bank does not have any lottery schemes or lucky customer gift offers to go on and have asked its account holders to be safe from these kinds of traps.

As the digital India campaign takes up pace and the country goes cashless, the scammers are also finding new ways to dupe their customers. In Pune, a SIM swapping attack saw a customer losing ₹ 2.2 lakh before she could block her account and prevent the scammers from stealing more, according to reports by News 18. Specifically, the fraudsters rely on customers being ill-informed about the bank procedures and dupe them. Although several banks have started using WhatsApp as a platform to notify their customers, they are mostly auto-generated messages. Hardly any or no manual activities are done on platforms like WhatsApp and the customers should be aware of this.

The scammers just await for one mistake from the part of the customers to deceit them. The bank said, “Please do not trust such fake callers of forwarded messages.” Also, the bank has asked to spread the news and has asked their customers to notify their contacts and relatives about the scams so that most numbers of people get aware of such activities taking place.

According to the policy and guidelines of State Bank of India, any fault from the bank’s part that leads to loss of money of its customer would lead to the customer getting full compensation. However, if the loss takes place due to negligence on the part of the customer, the bank is not liable and is not authorized to give a refund.

In the website of State Bank of India, the bank has clearly stated that it does not ask for any information such as user id/ password/ pin number through phone call/ SMSes/ e-mails. Anyone claiming to be an employee of the bank and asking such private information has all the possibility to be a scammer. In that case, the bank asks its users to be aware and provide that. The bank also asked its customers that if they come across any such activities then they should inform the bank through e-mail at [email protected].

This is not the first time that the bank is informing its account holders about ongoing scams and asking them to be aware. Previously, last week the bank had tweeted that the account holders should be aware of a possible scam in which some fraudsters are sending emails that look similar to SBI’s official email. The bank’s tweet read,” Our customers are receiving fake alert emails from non-existing entities in the name and style of SBI. Kindly refrain from clicking on such e-mails. We never ever send such emails.”

Police arrests man from Gurugram for duping a consultant of Rs. 71 Lakh to spend it on gambling 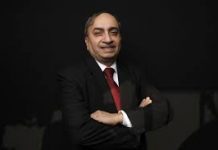