The legal team of Nirav Modi said to the Westminster Magistrates’ Court that he is unlikely to get a fair trial in India and most likely his trial would be politically biased in the country. They also informed the court that the diamond merchant would have a “high risk of suicide” if extradited to an Indian Jail as adequate medical facilities would not be available there.

Nirav Modi, the diamond merchant who allegedly was involved in fraud and money laundering of an estimated $ 2 billion from Punjab National Bank. The diamond merchant is facing extradition charges in the Westminster Magistrates’ Court in London.

On Tuesday, the second day of the five-day extradition hearing of the alleged fugitive fighting extradition charges, his legal team informed the court about the “marked decline” of his mental health while he was held at Wandsworth Prison in south-west London. During the COVID-19 breakout which forced a stricter prison rule and meant lack of access to counseling facilities and limited exposure to family members, the legal team said that he suffered a mental breakdown. He was only allowed 25 minutes outside his cell in the month of May.

Nirav Modi’s barrister Clare Montgomery said to the Westminster Magistrates’ Court, “He has increasingly suffered from severe depression and the latest assessment shows he is on the threshold of being subject to hospitalization unless given proper treatment… and his fitness to plead may be in doubt here or in the requesting state (India) given a high risk of suicide.”

Also, she pointed out to the court of the fact that there is hardly any psychiatric help available in the Indian prisons. This, according to her would push the fugitive on the verge of suicide if held there.

Montgomery, the lawyer of Nirav Modi said, “The laconic assurance [of the government of India] and the prison video to say that he will be kept in humane conditions appears to be completely inadequate when one bears in mind his psychiatric condition and in addition the looming threat of COVID.”

Nirav Modi’s barrister Clare Montgomery also said that she would bring forth expert witnesses to the court in the following week. Witnesses will include a former Indian Supreme Court judge, who was referred to by his last name, “Katju”.

The jeweler is a very hated figure in his native country. And according to his barrister, this hate brings about “overwhelming political necessity” to condemn him and see him convicted.

Nirav Modi’s legal team also indicated that they plan to depose a medical team to counter the claims of the Indian government that the COVID-19 breakout in the Arthur Road Jail of Mumbai has been taken under control. Modi’s barrister said, “What is claimed is improbable and the management of COVID-19 within the Arthur Road Jail does not add up.”

The defense arguments follow the Crown Prosecution Service (CPS) and opened the second part of the extradition trial in the Westminster Magistrates’ Court. The defense, on behalf of the Indian authorities, focused and tried to establish their arguments on the fraud and money laundering charges of Nirav Modi.

CPS barrister Helen Malcolm, who is fighting the case on behalf of the Indian authorities informed the court of the witness statements by “dummy directors” and highlighted the video of Ashish Lad, who claimed that he was being threatened by Nirav Modi in a video back in 2018. She also informed the court how the jeweler when was being exposed tried to manipulate the officials and tried to hide documents mainly the originals of ‘letters of undertaking’ (LoUs) from PNB. The CPS even informed the court that when convicted the tried to “threaten, intimidate, cajole and bribe officials”.

Malcolm, the CPS barrister said to the court, “He destroyed mobiles of dummy directors and threatened one of the witnesses with death.”

The diamond merchant is subject to two sets of criminal proceedings. Firstly, on the charges of fraud and money laundering brought upon him by CBI due to the fraud he committed upon PNB and the ED case, relating to the laundering of the proceeds of that fraud.

Secondly, in February of this year, certified by UK Home Secretary Priti Patel, claimed extradition of the fugitive on two additional offenses. The offenses being Modi’s interference with a CBI investigation by causing the disappearance of pieces of evidence and intimidating a witness. 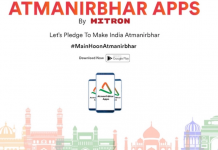