Despite the uncertainty and fear amongst investors amid lockdown, the wealth of Equity investors grew by ₹89.95 trillion due as the markets saw a rise of 79.26% in the year 2020-21. It is the all-time high accumulation of investor wealth seen for the Indian markets in a financial year.

As per the BSE (Bombay Stock Exchange) data, studied in terms of the total market capitalization of all stocks listed on the BSE, the overall wealth of investors increased to ₹203 trillion in the first quarter of 2021, rising from ₹113 trillion, at the beginning of April 2020.

In FY20, Wealth of Equity Investors dipped by 24.89% because of the sharp sell-off seen in the market in March 2020. In 2018-19, investors filled their pockets with ₹8.84 trillion as the market capitalization of BSE-listed companies climbed to ₹151.08 trillion.

India’s benchmark indices, the Sensex and Nifty, observed a gain of 69-71% in FY21, hitting new records multiple times during the fiscal year.

As per the Mint, Market growth was primarily driven by foreign investors. In an excerpt in their report, they wrote, as per the observation of analysts at UBS Securities in a client note on 17 March, “India has outperformed emerging markets for over three months and is trading above its historical price to equity premium to emerging markets. Relative to bonds, equities are in the 75th percentile historical range. After months of buying, foreign institutional investor ownership has touched peak levels. Of the risks we would keep an eye on, commodity costs are right on top.”

Among the big names, Adani group’s market capitalization rose the most, multiplying more than four times reaching ₹5.44 trillion now from ₹1.22 trillion at the beginning of the financial year. The market cap of Adani Green, which is not considered as the benchmark Nifty, saw a seven-fold increase from ₹24,000 crore at the beginning of the year to ₹1.86 trillion. The market cap of Adani Ports gained almost three times from ₹51,000 crore in April 2020 to ₹1.39 trillion. 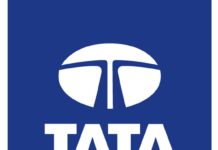 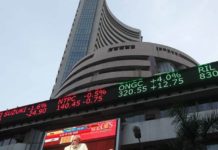 Will Stock Market Be Volatile Amidst Covid-19 Rising Cases? 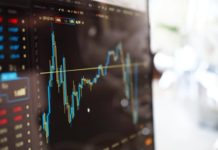