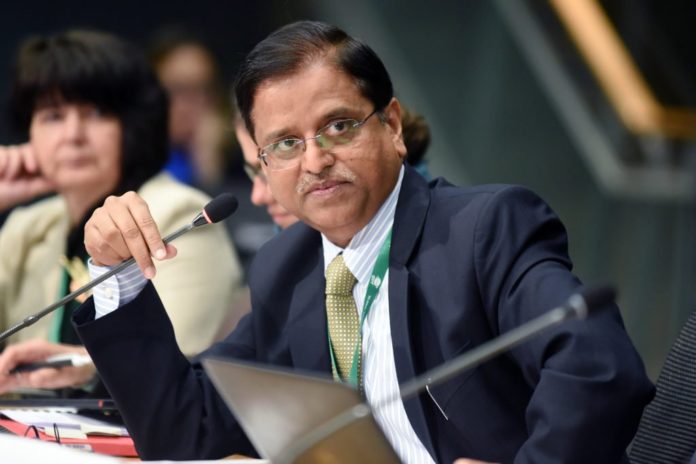 The Economic Affairs Secretary, Subhash Chandra Garg, has said the government will seek interim dividend payout from the central bank.

Garg said it is premature to comment on the quantum of the dividend to be paid as the Reserve Bank of India (RBI) is just halfway through its fiscal year. RBI  follows the July-June calender.

According to the economy watchers, RBI has been transferring its surplus reserve funds to the government since 2014.

The expert panel for the Economic Capital Framework (ECF) has almost been finalized and it is soon to be announced, said Garg. The expert committee will work towards determining the appropriate levels of reserves the central bank ought to hold. The formation of the committee was discussed in the November 19 board meeting by the RBI.

The central bank paid ₹500 billion to the government as the dividend for the July 2017-July 2018 period. Out of the total dividend, ₹100 billion was transferred before the financial year ’17-18 ended, to help reduce the fiscal deficit.

Currently, the RBI and the centre are not seeing eye-to-eye in various matters, including the transfer of excess reserves.

Meanwhile, Garg also talked about the infusion of more capital in public-sector banks through the upcoming supplementary demand for grants, which is expected to be tabled in the Lower House on Thursday.

“Yes…wait for the supplementary demand for grants tomorrow,” Garg said when asked about fresh capital infusion.