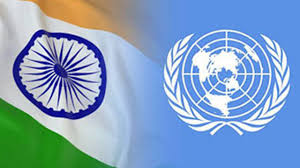 India has contributed $15.46 million to the United Nations Development Partnership Fund, accentuating the country’s pledge to support under-developed and developing nations in their growing primacies with respect to altogether Sustainable Development Goals. 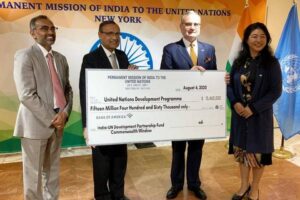 On 4th August 2020, India’s Representative to the U.N. Diplomat – Mr.T.S. Tirumurti handed over a cheque of $15.46 million to the United Nations Office for South-South Cooperation (UNOSSC) Director Jorge Chediek at an understated formal procedure held with regard to social distancing guidelines.

The lump sum amount of $15.46 million is broken into two allotments –

Relationship between India and the U.N.

India was one of the founding members of the United Nations, joining in October 1945, two years before winning the freedom fight for independence from the British Rule. By 1946, India had in full swing raised concerns on the topic of colonization, discrimination and racial discrimination. From early 1948, we actively participated in drafting of the Universal Declaration of Human Rights.

From 2011 to January 2013, India was a non-permanent member of the UN Security Council. India played a crucial role on important international issues with a view to promote international peace and security as well as nation’s own general security.

What is India’s role in the United Nations?

In 1950s India undertook the responsibility of fighting for the nations colonised by western rulers being a newly independent country in the UN. We argued and helped secure freedom for then enslaved states.

India with other third-world nations defended the cause of developing world in order to create more unbiased economic and political environment.

India is the only nuclear-powered nation which supports complete elimination of nuclear weapons.

In recent years India has contributed to strengthen UN system in combating global challenges like poverty, climate change and terrorism. India is pushing for ‘Comprehensive Convention of International Terrorism’ to create context of hostage terrorism undertakings. 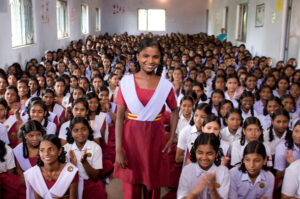 The UN focuses on these seven areas in Indian states and provinces:

Apart from these, the UN also supports the Government of India on international cooperation, in partnership with the Ministry of External Affairs.

Where does money contributed to UN go?

The major hole in the UN budget pockets is due to its peacekeeping operations, which costs approximately $8.7 billion or more each year. There are currently 15 peacekeeping missions worldwide, most of the soldiers involved are from African continent. The UN pays nations for their troops’ peacekeeping service contributing towards the economy of these nations providing employment and opportunities at global level.

The World Food Program has an estimated budget of $5.9 billion each year providing basic nutrition to billions of people who are starving on a daily basis. Following that United Nations secretariat and the United Nations Development Program cost about $5 billion each.

Now at present, maximum funds are being utilised in research and development by the WHO a child of the UN to develop a covid-19 vaccine for the entire world who are currently locked down. The tensions among various nations has also pulled some of its funds for promotion of peace between nations and at all cost avoid any kind of wars and fights

United Nations: Covid-19 and other Epidemics.

The United Nations was originally born from the ashes of Second World War. Today, the wrath of pandemic provides perspective for its rebirth albeit reformation. 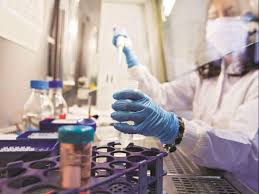 India is on track to eliminate TB by 2025. Other developing countries are amused by our progress and are learning from the success stories of India’s development strategies. It is this realisation that undermines India’s development partnership with the global Southern nations under the guidance of UN.

Be it earthquakes, cyclones, Ebola virus or any natural or man-made crisis, India has contributed with quick and abundant responses.

In this joint fight against COVID-19, Indian Government has extended medical assistance to over 150 countries. India has also helped create a SAARC COVID emergency fund in our neighbourhood with the help of the United Nations.

Fury of Covid has given context for UN’s rebirth & reform: PM Modi

Hon’ Prime Minister Narendra Modi spoke in his speech that the fury of the COVID-19 pandemic provides the context for the “rebirth and reform” of the United Nations. He also called upon other nations to pledge for reformation of this Global multinational organization in order to boost its significance and make it the new face of a “human-centric globalisation.”

Talking about the highest sections of the UN Economic and Social Council, he said the 75th Anniversary of the UN is an opportunity to re-evaluate its title role and applicability in today’s modern dynamic world.

UN at present joins together 193 member countries and along with its increasing membership the anticipations from the organisation have also increased.

The COVID-19 pandemic has brutally tested the pliability of all nations. In India the fight against the pandemic turned into a people’s moment in combination with the efforts of Government officials and society at large.

PM emphasized that the Indian government has given highest priority to the poor families and announced schemes and packages of more than 300 billion dollars.

It focuses on bringing back the economy on track, building of modern infrastructure and installation of a technology-driven structure. Our Prime Minister has popularised a mission of ‘Aatma-Nirbhar Bharat’ a self-reliant and independent India, unified with the universal Economy and Trade.

‘India is home to nearly 1/6th of world’s population. We are mindful of our weight and responsibility. We know that if India succeeds in achieving its development objectives, it will go a long way in achievement of global goals’, he continued, ‘Our motto is ‘Sabka Saath, Sabka Vikaas, Sabka Vishwas’ – ‘United, for each person’s growth, with every person’s trust’

Indian Prime Minister encouraged relations with UN at his first speech with the organisation to widen UN membership after India was elected as the non-permanent member of the dominant Security Council in the last months.

World Health Organisation (WHO): Global recovery will come faster and vaccine will be provided to all. 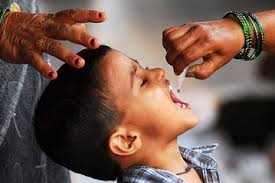 Founded in 1948, WHO works with 194 Member States to promote healthcare and to keep the world disease free. Their goal for 2019-2023 is to guarantee universal health coverage and safeguard people from health emergencies in return providing well-being and healthy life to everyone.

“A vaccine that is affordable and accessible to all will help us address systemic health inequalities. We need all countries to support us to achieve this goal and bring an end to the acute phase of the pandemic.”, said Dr Soumya Swaminathan, Chief Scientist at the WHO.

The triumph of these efforts will eventually depend on securing enough finance from governments and assurance from vaccine manufacturers to participate at a scale large to deliver a worldwide resolution. United Nations has begun its process of consulting with each of the 165 countries. Nations funding vaccines through their own domestic budgets is a necessity however provision of an upfront payment and a promise to purchase doses by the end of August to secure involvement is the ultimate goal for United Nations Organisation.