A global pandemic has soberly affected the Indian start-ups. Still swinging from the impact of a nationwide lockdown,  the start-ups are now facing a new challenge: the ongoing military standoff between India and China.

The tension between the country has been rising and the two sides are accusing each other for violating the border consensus, since the Himalayan region clash. 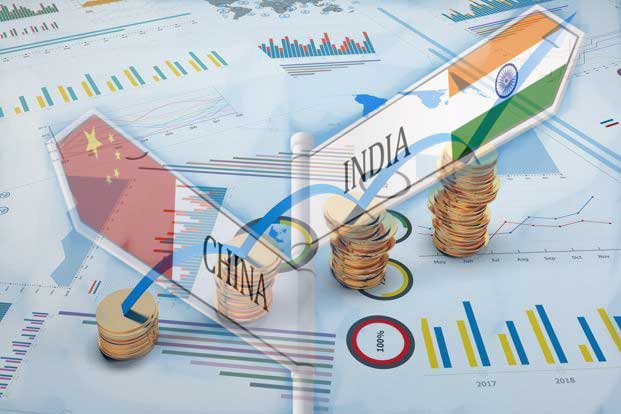 There has been a 12 times growth of Chinese investments in Indian start-ups over the past four years to USD 4.6 billion in 2019 from USD 381 million in 2016 with a majority of unicorns in India being backed by corporates and pure-play investment firms from China, according to data and analytics firm Global Data.

The majority of the unicorns in India are currently backed by both corporates and pure-play investment firms from China, predominantly Alibaba and Tencent.

In April, India put investments from China and other bordering countries under greater scrutiny 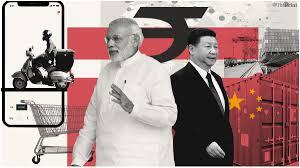 The government made its prior approval mandatory for foreign investments from countries that share a land border with India to curb “opportunistic takeovers” of domestic firms following the Covid-19 pandemic, a move that will restrict FDI from China.

“An entity of a country, which shares a land border with India or where the beneficial owner of investment into India is situated in or is a citizen of any such country, can invest only under the government route,” according to a press note issued by the Department for promotion of Industry and Internal Trade (DPIIT).

It said that the government has amended the FDI (foreign direct investment) policy to curb “opportunistic takeovers/acquisitions” of Indian companies on account of the Covid-19 pandemic. 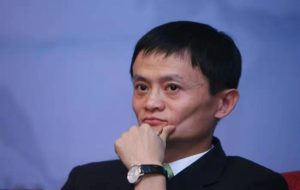 Alibaba, which has contributed to the growth of several Indian start-ups, has refrained itself from pumping in fresh funds to expand its investments in the country for at least six months.

However, currently, they are not planning to reduce stakes or exit investments from any Indian companies.

“Clearly one substantial source of capital has faded away,” Haresh Chawla, partner at True North, a private equity firm, said.

“The ecosystem is likely to see muted valuations and slower deal flows, since they [Chinese] were very active, especially in the mobile and consumer segment of the market.”

A decade ago, Chinese investment in India was negligible.

But data obtained by the BBC from start-up research firm Tracxn shows that 35 Chinese corporations and 85 venture capital and private equity firms have invested over $4bn in major Indian start-ups including PayTM, Snapdeal and Swiggy since 2010.

Chinese investment into India as a share of foreign direct investment has more than doubled during this period, from 5% to 11%.

India may have refused to sign up to Beijing’s multi-billion Belt and Road Initiative – a mammoth infrastructure project of overland and maritime routes, often called the modern Silk Route.

But the country “has unwittingly signed up for the virtual corridor,” Gateway House, a think tank, observed in a recent report.

“The impact is unlikely to be dramatic on early-stage investments,” Mr Chawla said. “There is enough dry powder with many VCs to shepherd firms through.”

According to him, the real pain will be felt by firms who have already raised money from companies like Alibaba, Tencent and Baidu, as well as those hoping for more funding from Chinese firms.

Top industry players believe that the government doesn’t intend to end funding from China. Rather, it will not make it easy for Chinese companies to pick up equity in India’s tech space or consolidate their presence.

“The government will not apply a blanket ban – what it will do is create a degree of uncertainty about regulations such that start-ups themselves find it too cumbersome to solicit or take on Chinese investments beyond a point,” said Dr. Jabin T Jacob, a professor of international relations at Shiv Nadar University.

Experts also say that rather than disentangling existing investments, the government will redirect focus to keeping telecom giants like Huawei at bay during India’s 5G trials.

It’s unclear what thresholds will be imposed on Chinese investment, but it’s unlikely that ownership above 10% by a single conglomerate, and 25% by a venture capital firm, will be permitted without government approval.

How will India fill the void left by Chinese investors?

strategic investors from other parts of the world will eventually return post-Covid-19, even if the Chinese don’t, experts say.

They point to the fact that India is still the largest market for internet companies with China closed off for years.

The new barrier to entry for Chinese money will also present opportunities for other international investors while dampening those for Chinese companies, said Ben Wootliff, head of the Asia cybersecurity practice at risk consultancy Control Risks.

“It’s not like there is big indigenous venture capitalist money in India . . . But there are still massive pools of money coming out of the US.

during the coronavirus lockdown, India attracted nearly $20bn in foreign capital from Silicon Valley companies like Google and Facebook, and global private equity giants such as AIDA, KKR and General Atlantic.

But most of that money went to billionaire Mukesh Ambani’s telecoms venture, Jio Platforms, and not to fledgling start-ups.

So India may have to create domestic capital to fill the void left by China.