Sequoia Capital backed paint maker Indigo Paints IPO opens for subscription on 20th January amidst a host of IPO announcements like IRFC, LIC, and Nykaa to name a few.

Starting at the dawn of the new millenia in 2000 as a manufacturer of lower end cement paints, Indigo greadually innovated to gain market share in a diverse product catalogue such as exterior emulsions, interior emulsions, distempers, primers, etc.

This rapid and intense R & D helped the company establish its foothold in the highly competitive Indian Paint Industry. The company further prides itself with being a harbinger of innovation as it claims to have “Kept churning out bright new ideas for painting solutions, with alarming regularity.”

One can easily infer from the data that Indigo Paints have had a steady yet significant growth over the last four years wherein the total income of the company has shown growth at a CAGR of 21.20%. The company saw a bad financial year in 2017 with a reported loss of ₹17.58 Crore. This loss however was quickly offset as between 2018 and 2020 the company’s profit after tax grew a steady CAGR of 14.42%. We can see the ratio between total assets and long-term debt at a healthy 17:1 making the company’s financial position on that end strong from a long term perspective.

Indigo Paint’s strongest suit emanates from it’s consistent growth in the highly competitive decorative paint industry which traditionally has been dominated by industry giants such as Asian Paints with a market cap of 2,73,294.63 Cr, Berger Paints boasting a market cap of 78,765.92 Cr., and Nerolac with a market cap of 32,661.23 Cr. Indigo’s USP thus appears to be the ability to offfer differentiated products which has given the company scope to establish a greater brand recognition and expand into a diverse product lineup.

The company also seems to rely heavily on brand building initiatives to gain visibility and build brand equity. Given that India is the world’s second largest market for decorative paints, Indigo has had to establish an extensive distribution network strategically using a bottom up approach for an effective brand penetration. To facilitate a better logistical network it’s manufacturing facilities are located within close proximity of to sources of raw materials.

However, some of the strongest suits of Indigo are the weakest links in the chain as well. Given that decorative paints is an industry with very stiff competition but less competitors means that the competition has a larger operational budget which gives Indigo little room to experiment without fear of market reaction and it’s long term impact. Apart from that, Indigo’s brand building campaign in 2020 alone amounted to 12.7% of company spendings. This can put strain on it’s finance over a larger campaign run.

Thinking from the point of view of investing however we have to look into the decorative paints business niche as a whole. With an average Price/Earning Ratio (P/E Ratio) of 94.10 for the industry which contrasts Indigo Paint’s IPO from whose price band we can derive a P/E Ratio with a value of 140.43. Similarly positive figures can be derives from the company’s intrinsic value computation wherein for FY 2020 the Earnings Per Share (EPS) of Indigo Paints was recorded at 10.61 weighing in at a healthy annual growth rate of 8%.

Now I personally believe that this stock makes great sense for someone willing to invest for a period of at least 10-15 years, however you should be aware of the risks associated with an investment in the Indigo Paints IPO.

While these figures are impressive on it’s own, we must also keep in mind that Indigo paint’s strongest selling factor is its brand image which if it fails to protect, strengthen, and enhance will affect it’s core business modules adversely. Furthermore, the company’s dealings with suppliers and distributors appear to be short term contract based. This might result in liquidity crisis in case of breakdown of such chains. More importantly however, the decorative paint industry is subject to seasonal variations which might result in ebbs and flows in it’s stock prices. Most importantly however, rising uncertainty when it comes to the housing market itself which appears to be a supplementary industry to decorative paints industry could adversely affect the demand for its products and services impacting it’s financial performance. 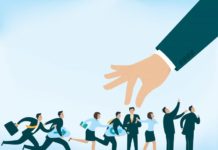 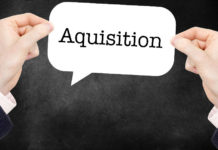