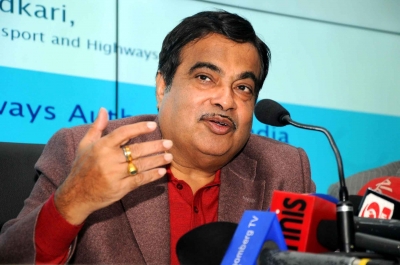 New Delhi, Sep 5 (IANS) The Central government is expected to award major road infrastructure projects besides taking a call on a key policy decision on vehicle scrappage to arrest the sales downturn being faced by the Indian automobile industry which risks around a million contractual manufacturing jobs.

Speaking about the government’s plans to reverse the sales slowdown, Union Minister Nitin Gadkari at the annual convention of the Society of Indian Automobile Manufacturers (SIAM) held here said the government is expected to award 68 projects worth Rs 5 lakh crore in the coming months, which include expressway development.

According to Gadkari, these new infrastructure projects will generate demand for automobile construction equipment. Besides, the Minister also said that the government has no intention to ban petrol and diesel fuelled vehicles.

“I also want to clarify that though there have been talks that the government is planning to ban petrol and diesel vehicles, we are not going to do anything like that,” Gadkari said.

The Minister acknowledged the industry’s demand for reduction in Goods and Services Tax (GST) rate on petrol and diesel vehicles, especially considering the forthcoming increase in prices due to the introduction of BS-VI norms.

“Even if GST is reduced for some time, it will help the sector to increase vehicle sales,” Gadkari said.

“GST on electric vehicles has been reduced from 12 per cent to 5 per cent. I will propose to the Finance Ministry to make the same benefit available for hybrid vehicles,” he added.

Gadkari assured the industry that the government is considering a scrappage policy for old vehicles.

At present, the sector suffers from a sales downturn due to several factors like high GST rates, farm distress, stagnant wages and liquidity constraints.

Besides, inventory pile-up and stock management of unsold BS-IV vehicles have become a problem for the sector.

The slowdown has stroked fears that a million contractual manufacturing jobs might be lost due to the downturn.

Consequently, the slowdown has forced the value-chain operators across the automobile industry to reduce production and downsize workforce.

Speaking at the convention, SIAM President Rajan Wadhera said, “Till now, 15,000 contractual manufacturing jobs have been lost and another million are at the risk, if the slowdown is not reversed.”

The automobile retail has witnessed around 200,000 job losses. A similar number is expected to have lost jobs in the ancillary industries.

Wadhera reiterated the demand for lowering of GST on automobiles from 28 per cent to 18 per cent and highlighted the need for a single nodal regulatory ministry for the industry.

At the same event, Maruti Suzuki Chief Executive Kenichi Ayukawa, the government is sensitive to the implications of the auto sector slowdown and is taking steps to reverse it.

To help revive the sector, Finance Minister Nirmala Sitharaman had, on August 23, announced that government departments would be allowed to buy new vehicles.

In addition, automobiles purchased till March 31, 2020, can avail the benefit of additional depreciation of 15 per cent, with total depreciation up to 30 per cent.

Even BS-IV vehicles bought till March 31, 2020, would remain operational for their entire registration period.

“It is welcoming that Government is working to introduce measures to improve the situation,” Ayukawa said.

“All key stakeholders – OEMs (original equipment manufacturers), suppliers, dealers, banks, etcetera, have to collaborate with confidence. We have to work together to come out of the slowdown.”

Why Do We Use Slip Rings In Motors?
Alka Lamba quits Aam Aadmi Party; might join Congress ahead of upcoming Delhi assembly elections