Vodafone on Tuesday won an important case against the Indian government. The ruling of the international court that has gone in the favor of the major telecom company, saves them from paying ₹ 20,000 crores or $ 2 billion dollars in dues which it had described as unfair.

Sources informed Reuters that the international arbitration tribunal had said that the imposition of the tax liability on Vodafone by the Indian Government, as well as interest and penalties, were in a breach of an investment treaty agreement between India and the Netherlands.

According to reports, the Indian Government had claimed a total of 279 billion rupees ($ 3.79 billion) including about $2 billion in tax, as well as interest and penalties.

The court in Hague while producing the verdict had said that the government’s demand is in breach of “fair and equitable treatment” and it must cease seeking the dues from Vodafone. They had also asked the Indian Government to pay 4.3 million pounds ($ 5.47 million) the telecom giant as a compensation fee for the legal costs the company had to bear for the long-running case.

The Vodafone company had bought 67 percent stake in Hutchison Whampoa for $ 11 billion back in 2007. The deal included the mobile telephony business and other assets of Hutchison in India. Later that same year Indian Government had claimed ₹ 7,990 crores in capital gains and withholding tax from Vodafone, saying the company should have deducted the tax at source before making a payment to Hutchison.

Vodafone first challenged the demand of the Indian government in the Bombay High Court. The case went in favor of the Indian Government. Thereafter, the telecom company took the case to the Supreme Court. In 2012, the Supreme Court had ruled that Vodafone Group’s interpretation of the Income Tax Act of 1961 was correct and that it did not have to pay any taxes for the stake purchase.

Thereafter, the then finance minister late Pranab Mukherjee had proposed an amendment in the Finance Act, which would the Income Tax Department the power to retrospectively tax such deals. After the bill was passed in the parliament, the government again claimed the due amount from the telecom company.

Vodafone launched the arbitration proceedings against India in 2014.

Vodafone, said in a statement after the verdict went in their favor, “The tribunal held that any attempt by India to enforce the tax demand would be a violation of India’s international law obligations.”

The Indian Finance Ministry said in a statement, “After such consultations, the government will consider all options and make a decision on a further course of action, including legal remedies.” They also said that the award would be studied closely by them and their lawyers.

Anuradha Dutt, senior partner at DMD Advocates, an Indian law firm representing the company said, to Reuters, “Vodafone has finally got justice first from the Indian Supreme Court and now from an international arbitral tribunal.”

India has this type of cases running with more than a dozen such cases against companies, including Cairn Energy, over retrospective tax claims and cancellation of contracts. Indian Government might be facing thousands of dollars in damages if it loses those cases.

According to a Reuters report, India had ended agreements with over 50 countries and is working on a new law to protect foreign investors by offering relief from possible policy changes even as it upholds the right to tax them. 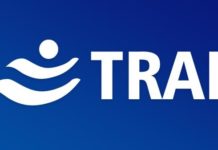