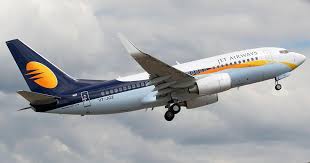 The ongoing liquidity crises for the Jet Airways seems to be deteriorating day by day, with few more airplanes getting grounded due to non payment to the lessors. As per a senior official of Director General of Civil Aviation (DGCA), about 40% of the Jet Airways’ planes are grounded owing to non-payment of lease rentals and lack of spares.

In an exchange filing on Thursday, airline reported that 3 more carrier of its fleet needs to be grounded due to lack of capital for lease rental. This takes the number of planes grounded to 28.

DGCA director general BS Bhullar said Jet’s flight schedule is under scrutiny on a monthly basis as its fleet count has been reduced to just 70 from the earlier 123. “Jet’s financial situation is well known. We are in constant touch with the airlines. We have told them to inform passengers about cancellations well in advance so that inconvenience is minimised,” Director general told reporters.

Earlier, Jet Airways grounded four of its planes on 7th February, again on 23 February it grounded two more additional planes. Similarly on 27th and 28th February it grounded 7 and 6 planes respectively. This has led to heavy fall in its total number of daily flights which are operational. And as per sources close to DGCA, Jet is cancelling 200 flights daily which is two-third of its total flights scheduled in day.

The Naresh Goyal led Jet Airways is grappling with its worst financial crises and is seeking for a bailout plan by SBI led consortium. The Bailout resolution plan is in its final stage and as per it, SBI led lenders consortium will be now owning a majority stake in carrier and will bride the funding gap of about Rs 8,500 crore by an appropriate mix of equity infusion, debt restructuring, sale/sale and leaseback/refinancing of aircraft, among other things. 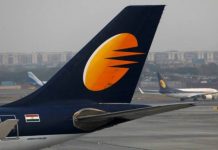