According to a BSE statement, resolution professional Ashish Chhawcharia said, “The resolution process submitted by Mr. Murari Jalan and Mr. Florian Fritsch has been duly approved by the CoC.”

According to the same report, the plan which was submitted by the Kalrock consortium won by an overwhelming majority.

As the resolution professional has approved the plan taken by the consortium of Kalrock Capital and Murari Lal Jalan, they will now have to get their plan approved by the National Company Law Tribunal (NCLT). After the plan gets approved by the NCLT, they would need to apply for approval from the civil aviation ministry and then from the corporate affairs ministry.

Jet Airways slots at the major airports and its traffic rights were temporarily handed over to the other airlines. The airline’s operating permit is dormant which would be needed to make active and the licenses of pilots and engineers would need to be renewed as they become active. A person familiar with the matter said to Business Standard, “The whole investment is contingent to the airline receiving these approvals and plan could still stumble.”

The civil aviation ministry has said that the slots and rights would not be a problem as the airlines make a comeback. A senior ministry official said, “Slots and rights will go back to pool and reallocated according to size and demand of airline. There are no problems with slots.”

Claims by financial creditors, operational creditors, and employees have risen up to over ₹ 40,000 crores. Out of the total claim of ₹ 40,000 crores, only ₹ 15,525 crores have been admitted by the resolution professional. Claims from creditors like State Bank of India, Yes Bank, and others are ₹ 11,344 crores of which only ₹ 7,459. 80 crore has been admitted.

The COVID-19 pandemic has been a tough time for most airlines around the globe. The pandemic led lockdown had grounded their planes and the airlines which were already struggling to keep up are now crippled. On the other hand, this has also opened up new opportunities for investors.

aviation consultant KG Vishwanath’s comments were also published by Business Standard as he said, “A new airline would be able to negotiate better rates with aircraft manufacturers and suppliers. Lease rates have declined. Pilot availability too has eased and many could be ready to join at lower packages.”

In India, airlines are suffering due to low passenger count. Only two airlines, Air India and Vistara are offering business-class services. This opens up a lot of prospects as Jet Airways try to make a comeback. New owners would need to make a significant investment to kickstart the airlines.

For the last few days, stocks of Jet Airways have been trading at the upper circuit. Their prices have jumped from ₹ 31.55 to ₹ 40.15 apiece. 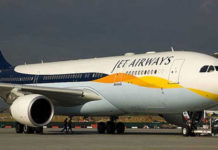