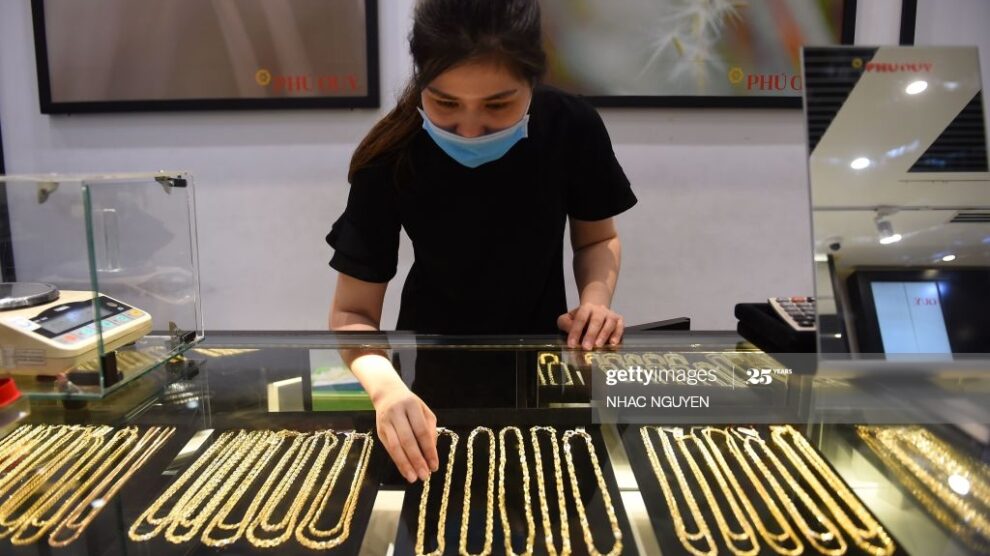 jewellery business is expected to reach 65% of pre-covid, during dussehra

People are gradually venturing to purchase jewellery, as things are moving towards normalcy with the government lifting lockdowns. The industry expects to do 60-65 per cent of the total business during the ongoing festivals of Navratri and Diwali

The footfall to the retail stores since the last few days has increased and jewellers are doing 40 per cent of the business from the earlier 20-25 percent recovery in the last few months. We expect spending on large jewellery items during this quarter, as most of the wedding dates have been pushed to the last quarter–All-India Gem and Jewellery Domestic Council (GJC) Chairman Anantha Padmanaban.

He also mentioned, there is a lot of pent-up demand in the market and the weakness in gold price during the festivals is likely to be supportive of the improvement in jewellery sales.

As per the current scenario, we are expecting a wedding jewellery sale to accelerate from Monday onwards. He added, I expect that the industry will do 60-65 per cent of the total sales.

Saurabh Gadgil, PNG Jewellers Chairman and Managing Director declared Dussehra is the biggest single-day festival for shopping in many parts of the country and as it falls on Sunday this year, with an increase in weekend footfalls there are expectations of good sales this year.

Mr Saurabh is expecting a strong recovery not only in terms of picking up pre-booked jewellery but also with fresh buying.

The season overall looks to be in full swing with Dussehra and Diwali falling in two different months, he added.

Gadgil added that this will again help the trade to push sales with two different occasions for the shopping of jewellery. In terms of value, the industry will fare better than last year since gold prices have gone up.

Gadgil also mentioned that gold rates are expected to remain between Rs 49,000 and Rs 51,000. Until the Diwali ends, we don’t see any significant movement in gold rates unless there is a major disruption. Considering the above-mentioned points, it looks like a strong recovery in the jewellery industry.

Reflecting a similar view, WHP Jewellers Director Aditya Pethe explained, the industry is expecting this quarter’s performance to be the best for the entire year as the main festive season is in this quarter.

He added, because of the pandemic, there is a pent-up demand in the market, as many weddings were delayed, that is now going to be held in this quarter and customers have increased the purchase of jewellery for the same reason.

Ishu Datwani, ANMOL Jewellers founder asserted that customers are returning to the jewellery stores for both weddings related buying as well as festivals.

He added, that the demand was undoubtedly boosted the moment. Navratri began and now it almost feels like it has reached ore covid level. With the demand improving around India, we are expecting good sales this Dussehra.

He talked about the wedding- and Diwali-related enquiries and is hoping for the demand to go up in the coming months.

Tanya Rastogi, Lala Jugal Kishore Jewellers Director aforesaid, almost all the sectors are bouncing back at different degrees and the gems and jewellery industry is witnessing a similar return.

The gold rate has also been substantiating. Owing to the gradual opening of the lockdown, all the weddings have shifted to this quarter, she added.

She also mentioned, the industry was facing a leeway in production due to shortage of labourers who had migrated back to their hometowns during the lockdown.

Hence, though the demand was there, procurement of the product turned out to be a long cycle. She added, looking at how the market is shaping right now, we expect this Dussehra to be fruitful.

Cognizant Discloses Plans To To Acquire Microsoft Partner’s New Signature And 10th Magnitude
Elon Musk’s Tesla Invited By Maharashtra & Karnataka To Set Up Plants, Will India Get The Popular EVs In 2021?