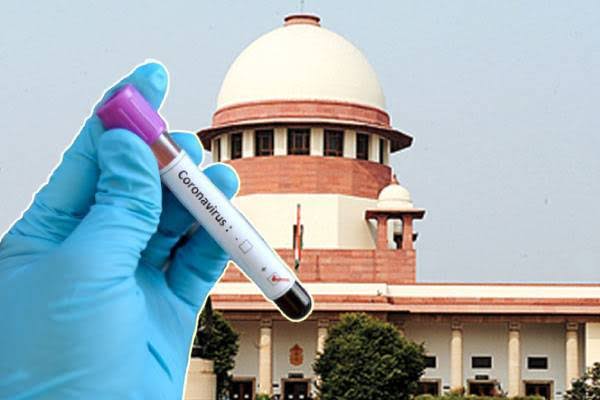 Amidst pandemic, Indian courts decided to continue to conduct the hearing online. There has been a small period in the meantime where no work got done except for emergency hearings. Now slowly as the business opens up through video calls some adapted the business without any problems while some others are facing difficulties to cope up with the new technology.

Lawfirms like Khaitan & Co, Trilegal, Cyril Amarchand Mangaldas, and Phoenix Legal informed EconomicTimes that the business is taking a turn for the better. There have been little or mostly no hearing in June and July. Now, although the business has gone better it would still take some time to reach the businesses to pre-COVID level. For now, according to the estimation that the law firms provided to the news agency, the business is picked up 40 to 80 percent of the pre-COViD-19 level, depending on law firms.

Courts remained mostly closed during March and April. They only head urgent and pressing matters during this time. All the hearing was done through video conferencing to contain the spread of the virus up to some extent and also protect both the judges and the witness from the clutches of the virus. Litigation activity was largely negligible during this period as reports show.

Bishwajit Dubey, partner at Cyril Amarchand Mangaldas has informed EconomicTimes about the court’s decision to take in more matters that are not “urgent” as the business around the world continue to stabilize from the impact of the pandemic. Although the pandemic is still at large in the country and it still goes on to take the lives of people, the law firms which were earlier in the “wait-watch” mode are also adapting themselves with the new normal.

May and June are the yearly vacation months of the Indian courts. But because of the heavy impact of the virus and government’s decision to impose lockdown most courts had to keep their gates closed since March. During this time the court’s had little to no work. And because of that, they had started getting back on duty since June.

Trinath Tadakamalla, partner – dispute resolution and insurance of Phoenix Legal informed EconomicTimes that June had been a very busy month for them. He also added that business has regained its pace and is now at 40 to 50 percent of the pre-pandemic levels according to his estimation. Companies invoking “force majeure” and firing employees have been a key issue of a legal dispute during the COViD-19 outbreak, which is now getting a fair amount of bussing running according to his given statement.

EconomicTimes also added statements of Yogesh Singh, partner, and co-head of corporate practice at Trilegal, who informed that their employment and restructuring teams were kept busy throughout the pandemic. He also told about how work from home is making problems and raising issues of data privacy, confidentiality, and protection of intellectual property which kept their technology lawyers busy during this time. Although litigation work was affected due to the pandemic, according to Singh, transactional and advisory matters have picked up during the course of the last month.

The law firms with a decent surge in the number of cases have also resumed getting contract related works. Also, lawyers now do not have to travel to different cities for hearings as they will be done over video calls. This will help in cost reduction, according to the statement that Tadakamalla of Phoenix Legal gave to ET.

While looking at one side, we can see several benefits, underlies a number of challenges too. ET printed the statement of Jeevan Ballav Panda, partner at Khaitan & Co who said, “It is a tussle between traditional practice vis-à-vis the new normal. It’s difficult to cross-examine witnesses through VC.” He added that body language plays an important role in cross-examination of the witness and that the questions are usually decided on the spot according to the answer that the witness provides during the line of questioning. He said that due to the hearing being over video call the witness can disconnect anytime and blame network issues to discuss the matter with their consultant.

Adapting to the change had not been much difficult for corporate lawyers. While litigation lawyers are facing many difficulties being used to conduct hearings face to face in the court.

Although business is in the path of revival for top law firms. Smaller firms and individual lawyers are in the face of large difficulties. Courts not functioning in full force and not being adept at technologies fortunes for them are not foreseen to turn until we are completely out of the grasp of the virus.

In recent times, several lawyer bodies are found to be pressuring their chief justice of high courts and supreme courts to reopen the court proceedings regularly.  Due to this long term shut down of the courts, the lawyers are coming under heavy financial crunch and other difficulties.

Yatin Oza, senior advocate and president of Gujrat High Court Advocates Association quit his post on Sunday after differences with the managing committee. He said that when he ordered food via the online food delivery application, Swiggy, the delivery boy turned out to be a lawyer and practitioner in Gujrat High Court. He also said about the financial woes that more than 700 junior lawyers have expressed to him.

By a referendum that the GHCAA conducted on whether they should go for a petition that they would provide to the chief justice to resume physical hearing, 64 percent of the respondents voted in favor of the motion to resume physical hearing of the courts. Despite that GHCAA’s vice-president and joint secretary, being at odds with the members of the managing committee requested the chief justice to continue the hearing over online medium. This led Oza to resign. After a day, being pressured by Bar members to stay on, Oza withdrew his resignation and told Hindustan Times of his willingness to resume physical activity in court to lessen the financial burdens of the junior lawyers.

The number of cases being heard has also gone down steeply. While on a normal day the Supreme Court hears around 800 cases, only 835 cases have been heard between March 23 and May 1.

The decision of the court is yet to be seen as the pandemic still rages on throughout the country.