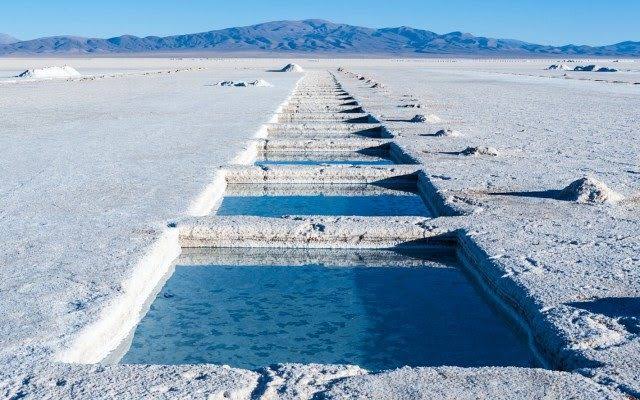 Lithium is one of two commodities that has been constantly driving us humans crazy alongside Cobalt, since the beginning of 2021 on strong demand from the electric vehicles (EV) sector.

In 2020, the average price of a battery-grade lithium carbonate was an estimated 8,000 U.S. dollars per metric ton and is expected to have a steady growth.

And the global lithium demand is expected to reach 4,450 metric tons of lithium carbonate equivalent for non-rechargeable batteries by 2025.

In 2014, The Financialist stated that demand for lithium was growing at more than 12% a year. According to Credit Suisse, this rate exceeded projected availability by 25%. 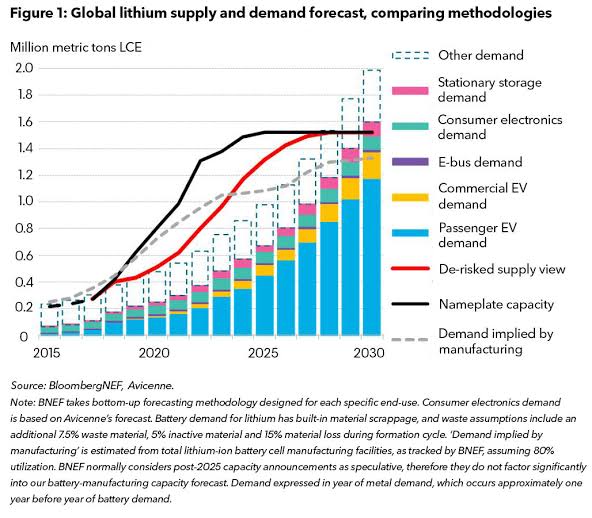 However global production has so far not fulfilled the global demand.

How is Lithium found in Nature:

6Li and 7Li are the two stable natural isotopes of Lithium.

It is widely distributed on Earth though in combined forms with matter and its content of seawater is very large.

It is estimated to be 230 billion tons of lithium in the oceans but the concentration is 0.1-0.2ppm, making it more expensive to extract with 2020 technology than from land based brine and rock.

Lithium constitutes about 0.002 percent of Earth’s crust. Found in minor part of igneous rocks and one of the largest concentrations in granites.

These sources are less expensive to mine than from rock such as spodumene, petalite, and other lithium-bearing minerals.

The use of electrodialysis and electrochemical intercalation has been proposed to extract lithium from seawater.

Extraction of Lithium:
Lithium was first discovered in the mineral petalite. Lepidolite and spodumene are other common minerals which contain lithium.

Lithium extraction can be made from:
Primary resources such as ores/minerals (spodumene, petalite and lepidolite) by acid, alkaline and chlorination processes and from brines by adsorption, precipitation and ion exchange processes.

Secondary resources including the industrial processes like the recovery of lithium from lithium ion batteries (LIBs).

According to the Handbook of Lithium and Natural Calcium, “Lithium is a comparatively rare element, although it is found in many rocks and some brines, but always in very low concentrations.

There are a fairly large number of both lithium mineral and brine deposits but only comparatively few of them are of actual or potential commercial value. Many are very small, others are too low in grade.”

Also occur minutely, in numerous plants, planktons and invertebrates, at concentrations of 69 to 5,760 parts per billion (ppb) with frequent evidences of Bioaccumulation in marine organisms. Mineral springs and Geothermal wells too are great sources of Lithium, done by simple filtration.

Recycling of Li-ion batteries:
To fulfil the penchant demand, we hope to recycle the end-of-life lithium-ion batteries in the future to yield Lithium in order to reuse.

Unfortunately such technology is still in the developing phase. However a few methods include the following:

Cryogenisation– The cryogenic process consists of freezing still charged batteries with liquid nitrogen (at −163°C) before being shredded to reduce the reactivity of cells to zero.

Direct physical processing, LIBs are discharged and disassembled to the cell level.

Although an accurate estimation of worldly lithium reserves is difficult but US Geological Survey (USGS) estimated it to be 17 million tonnes.

The surveyed reserves have continuously been updated since 2017 due to rigorous exploration.

The top four lithium-producing countries of the world from 2019 are Australia, Chile, China and Argentina. 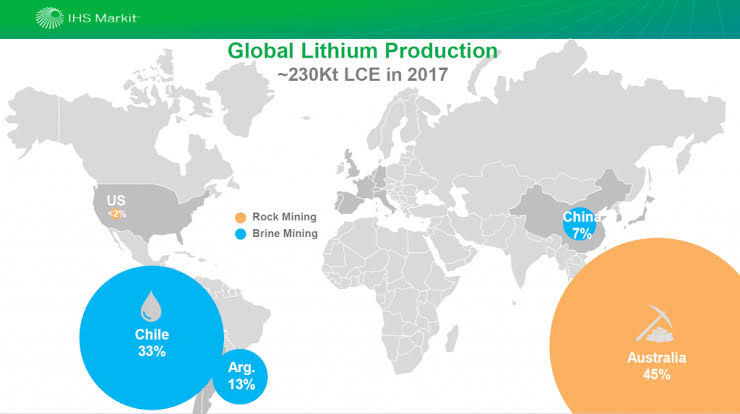 The intersection of Chile, Bolivia, and Argentina make up the region known as the Lithium Triangle.

Half the world’s known reserves are located in Bolivia along the central eastern slope of the Andes range.

Exploration and prospection of Lithium at several other specific sites like in Afghanistan, US etc is being carried out.

Researchers at the Atomic Minerals Directorate( under India’s Atomic Energy Commission) have estimated lithium reserves of 14,100 tonnes in a small patch of land surveyed in the Southern Karnataka’s Mandya district recently. Also to be India’s first ever Lithium deposit site found.

India currently imports all its lithium needs.
A “Khanij Bidesh India” has been setup to source and acquire mines in Argentina, Bolivia and Chile.

The exploratory work is meanwhile also on to possibly extract lithium from the brine pools of Rajasthan and Gujarat and the mica belts of Odisha and Chhattisgarh.

Evolution of Lithium’s production and usage:
First application: In high-temperature lithium greases for aircraft engines in the wake of World war 2.
Then came Lithium soaps.

Advanced applications:
Lithium-6 and lithium-7 produce tritium when irradiated by neutrons ie in nuclear fusion weapons and inside hydrogen bombs in the form of lithium deuteride.

Consequently during Cold war, US became the prime producer of lithium between 1950s to 1980s. At the end, the stockpile of lithium was roughly 42,000 tonnes of lithium hydroxide and it got depleted by 75%.

With the surge of lithium demand in batteries in the 2000s, its demand increased significantly and so does the number of new companies to get their hands onto the Lithium business. 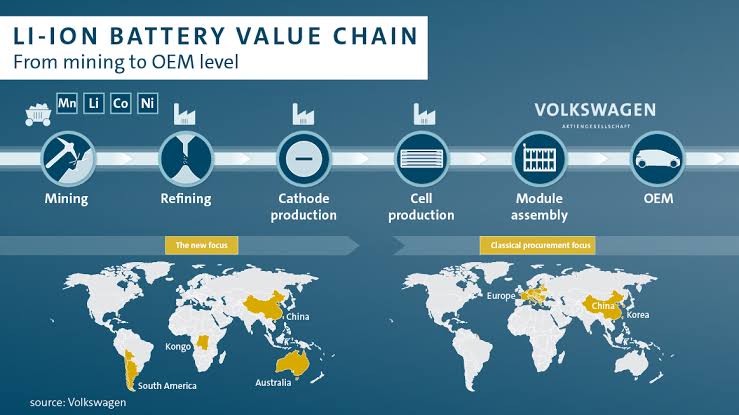 It’s expected future application is in the form of Geopolitical tool in upcoming combating world running on renewable energy.

Lithium metal is produced through electrolysis from a mixture of fused 55% lithium chloride and 45% potassium chloride at about 450 °C.

Lithium compounds are used in ceramics and glass, in primary aluminium production, in the manufacture of lubricants and greases, rocket propellants, vitamin A synthesis, silver solders, underwater buoyancy devices, and increasingly in batteries. 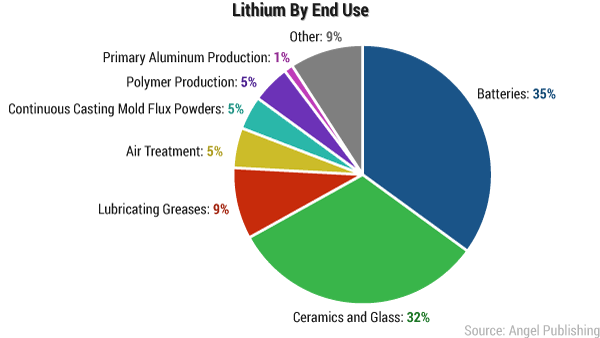 One of lithium’s most well-known end uses is in lithium-ion batteries.

Lithium batteries are proving to be an effective and affordable alternative to traditional batteries, and also in new battery applications. Lithium-ion batteries are rechargeable and mostly used in portable electronics and electronic vehicles.

These batteries are highly flammable but are also low-maintenance. They have a high energy density and a low self-discharge.

Some drawbacks include the fact that they are expensive to manufacture, and that they require protection circuits to maintain the voltage safely.

It is to note that Electric vehicle mass production started in 2011–2012 and is expected to increase progressively between 3% and 10% from 2020 to 2025 and Lithium content in batteries varies from 0.60 g to 4.00 g in primary batteries and from 0.35 g to 26.00 g in secondary batteries. We can therefore anticipate what lies in the future.

Lithium-ion batteries are also the single-largest end user of lithium, at 71 percent of global lithium consumption in 2020. 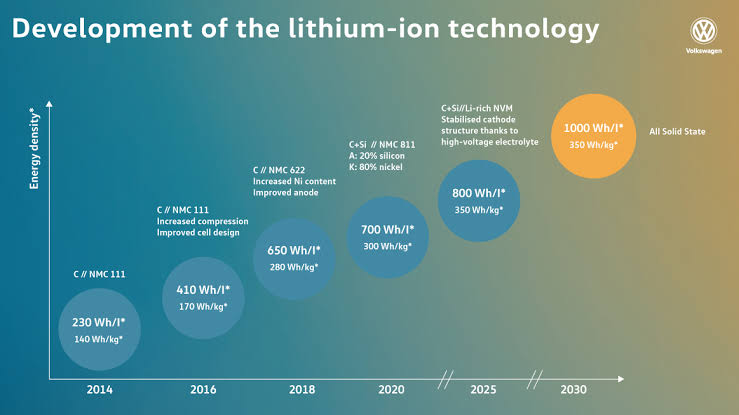 Lithium is mixed with other light metals such as aluminum and magnesium to form strong, light-weight alloys (an alloy is a mixture of metals).

Some lithium, in the form of lithium carbonate or lithium citrate, is used as medicine to treat gout (an inflammation of joints) and to treat serious mental illness.

However there are several challenges associated with its extraction and the subsequent impact on Environment.

To extract Lithium, miners drill holes in the salt flats and pump salty, mineral-rich brine to the surface.

This process takes months and leads to water scarcity at places, approximately 500,000 gallons per tonne of lithium.

Toxic chemicals can leak including Hydrochloric acid, in turn exacerbating crisis.
Fires at where lithium-ion batteries recycling plants due to improper storage.

Global Investors are also looking to find an advancement in battery storage technology that could complement lithium-ion batteries or find a way to make them more efficient and less costly. “Breakthrough Energy Ventures” has been funded by several billionaires including Bill Gates, Jeff Bezos and Richard Branson, with the aim to find solutions for a zero-carbon future through over $1 billion in investment.

Lithium has been considered as critical metal due to its high economic and technological importance.

We know that Environmental healing remains fundamental to the introduction of Electric vehicles and thereby Lithium batteries.

We shall strive to make their extractions still relevant to the cause ie. be ecologically sustainable.