Manipal Hospitals is set to acquire Medanta for Rs 5,800 crore, as reported by the Economic Times.

Medanta’s promotors cardiac surgeon Naresh Trehan, his family and co-founder Sunil Sachdeva jointly own 55 per cent in the leading hospital chain and are set to sell their entire stake, the report said.

According to the sources, the Medanta board has already approved the offer and Manipal has initiated due diligence on Medanta assets. Where as, the documentation work has begun and an agreement is likely to be signed within next 60 days, the source confirmed to the ET.

Moreover, the ET reported on April 29 that TPG and Temasek-backed Manipal hospitals, one of India’s largest hospital chains had submitted the bidding price of Rs 5,800 crore to take over Medanta.

US-based private equity fund Carlyle has a stake worth 27 per cent in Medanta, while Temasek owns 18 per cent stake in both Manipal and Medanta Hospitals, according to the report.
Ranjan Pai, CEO and managing director, Manipal Education and Medical Group (MEMG) owns 60 per cent in Manipal and most of the financing will be done by him through equity and internal accruals, the report further said.

Adding on, Medanta, founded in 2009, operates super speciality hospitals and clinics in cities such as Gurgaon, Lucknow, Indore, Ranchi and Sri Ganganagar. 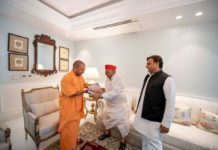