January 8th saw a fresh market rally with Sensex topping out at 48,854.34 in intraday trades and Nify recording a high of 14,367.30. This rally however was not limited to the indices and trickled onto the BSE Midcap recording 19,161.20 while Smallcap index hit an intraday high of 18,984.69. On the surface this success can be attributed to unprecedented gains in the thrid quarters of automobile and tech sector.

IT and auto stocks pulled their weight today ahead of TCS earnings as bulls went bersek, lifting indices by 1.5% buoyed by positive global cues. an array of high-quality mid-caps across sectors registered smart gains as mood remained buoyant through the day. – S Ranganathan (Head of Research, lkp securities)

However, lets explore the other reasons behind the massive victory and whether the growth is sustainable overtime- 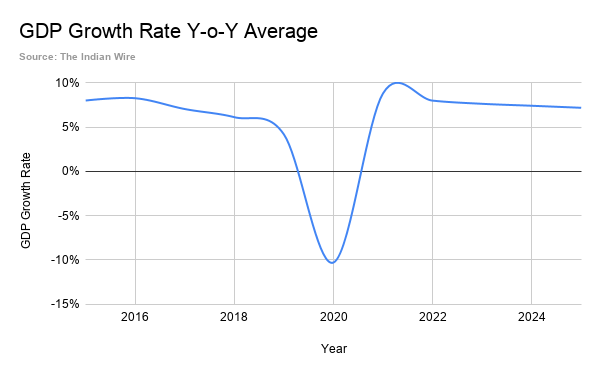 With government interest and involvement in promoting manufacturing sector, reconstructing the agro industry, and global operations including the recent government aid to Samsung in Uttar Pradesh. However, it is typical for economies to bounce back with fervor post recession and such growth may not be truer indicators of actual economic growth.

IT and Automobile Industry Revitalises

With strings of bearish quarters in the IT and Automobile industry, analysts believe that the sectors are staging for growth under the economic correction period expected soon. More positive news comes after TCS recently announced it’s strongest Q3 growth in 9 years with its revenue recorded at healthy $5.707 Billion fueled by strong market demand signals futher rally in the market for the upcoming weeks. CEO Rajesh Gopinathan had this to say–

Growing demand for core transformation servies and strong revenue conversions from earlier deals have driven a powerful momentum that helped us overcome seasonal headwinds and post one of our best performances in a december quarter. we are entering the new year on an optimistic note, our market position stronger than ever before and our confidence reinforced by the continued stregth in our order book and deal pipeline.

Following the rioting at US Capitol, the congress reconvened later in the night to affirm Joe Biden’s 2021 presidential electoral victory over the sitting US President Donald Trump. This is more significant than prior US elections primarily due to the uncertain and absurdly unstable political situation which inevitably trickled down to the equity market. Furthermore, given that the Democrats now have a majority in the Congress it is expected to allow Biden to push for more bills promoting more fiscal spending and higher taxes (including a proposed wealth tax). Karvy Capital CIO Mr. Kunj Bansal had this to say –

With the georgia election outcome, the uncertainty in the Us seems to be coming to an end and the market always prefers certainty, negative though it might be. of course, here the outcome doesn’t seem negative.

As the situation irons out, the market is likely to see a positive outcome. Furthermore, given that policies pioneered by the Federal Reserve and ratified or proposed to be ratified by the ECB and RBI both allows for more adpative market relaxations which so far has allowed more than INR 1 Lakh Crore to permeate the Indian fiscal market.

In the end, stronger market rallies are expected as the market continues to recover but caution must be practices before indulging in bandwagon investment.