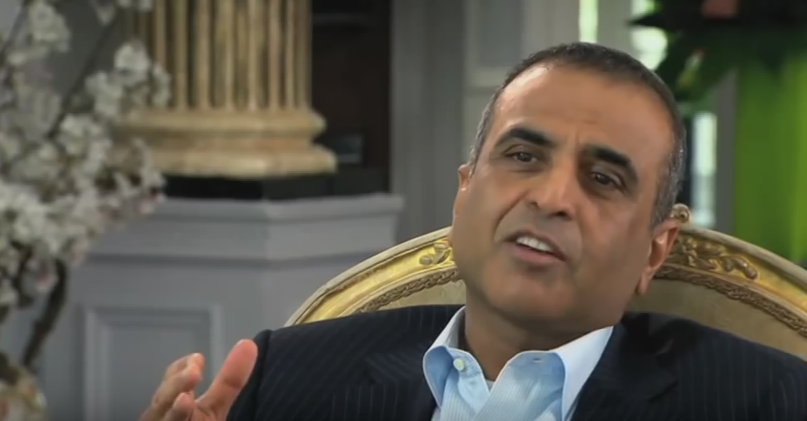 Bharti Airtel chairman Sunil Mittal said on Wednesday that the situation of Indian telecom industry is very pathetic and has come to the question of survival now. He asked the telecom regulator to intervene urgently to fix a floor price for tariffs. He sought the help from Centre and the judiciary to give “sympathetic consideration” to the industry’s appeal for relief after the Supreme Court’s order on adjusted gross revenue (AGR) which has put into financial distress. He urged the government to keep at least three private players in the Indian telecom market continues.

Mittla held a meeting with Department of Telecommunications (DoT) secretary Anshu Prakash on Wednesday. Coming outside the meeting, he said, ‘We’ve been Killing Each Other’ “There is one competitor who has unlimited access to finances — I wouldn’t comment on that but the situation is bad.” “We have gone through several crises but this is the most difficult time for the industry,” added Bharti Airtel Chairman.

In reference to the government’s recent clarification about AGR, he said that the AGR order will be applicable to all telecom licensees, which includes companies such as GAIL, RailTel, Power Grid and others. He urged the Supreme Court to look at the AGR review petition as it could have unintended consequences and many other companies including public sector will fall in this unreasonable AGR definition. He urged the Supreme Court to consider Bharti’s review petition with understanding.

He emphasized on the view that It is absolutely essential to have three (private players) plus one (state-run) players and requested the government to lower the taxes and find out the ways and means to support the sector in one form or the other.

Urging the government to have a “sympathetic view” towards the industry, Sunil Mittal said, ‘Our legal team were perhaps not able to persuade the honourable Supreme Court on the unreasonableness of DoT’s AGR interpretation but equally, I think DoT didn’t realise the unintended consequences on the larger ecosystem’.

He also added that his comments on the present situation of the industry were in the context of views expressed by both Vodafone Group CEO Nick Read and Vodafone Idea Chairman Kumar Mangalam Birla. Both CEOs said recently that the Indian telco will have to shut if it doesn’t get any relief on AGR dues.

Referring to a question of an analyst who said that Airtel could gain if Vodafone Idea collapses, Sunil Mittal said, ‘It will be very self-serving for me to say that two plus one is fine. I, as a person who has watched this industry from scratch — I was the first private-sector guy in telecom — so, from that point of view I think India needs three plus one’. He categorically pointed out that the world’s largest market China has three and the US has four operators.

He added further that the recent two-year moratorium on spectrum payments won’t do much to help Vodafone Idea unless there is relief on the AGR dues. “Otherwise, it is just deferment with interest,” Mittal said.

After Supreme Court verdict to include non-core issues in the definition of AGR, Vodafone Idea was left facing statutory dues of over Rs 53,000 crore as per the telecom department’s calculations. Bharti Airtel faces over Rs 35,500 crore in additional dues comprising licence fees, spectrum usage charges (SUC), interest and penalties. Both telcos, which have filed separate review petitions, reported record losses of over Rs 50,000 crore and Rs 23,000 crore in the July-September quarter, respectively, owing to provisions for the AGR dues.

The government has made it clear for not giving any relief in AGR unless the court says. Licence holders need to pay about 8% of AGR to DoT as fees. Telcos also need to pay 3-4% of AGR as SUC. Fifteen telecom companies that were directly party to the case owe the government about Rs 1.47 lakh crore. The industry estimates that non-telecom companies that have telecom licences may have to pay about Rs 2.28 lakh crore.

Mittal said that “ramifications were huge and therefore the review petition is in front of the honourable SC and we hope they will look into this whole thing.” He also talked about the sorry situation of the industry, caused by AGR dues have and swamped by “unprecedented competition” for over three years. The entry of Reliance Jio in September 2016 has hurt balance sheets and caused financial stress, triggering the exit of eight operators, added he. “In the quest for being in the market, we have been killing each other for three and a half years,” Mittal said. “It is an odd situation — we need a digital ecosystem to support new-age industries but equally, the industry is in a crisis”, he said.