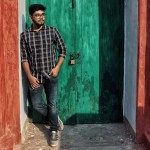 The first ODI between India and Australia was interrupted after the sixth over as two protestors barged into the Sydney cricket ground holding a sign that said ‘NO $1B ADANI LOAN’. The message was directed to the public lender, the State Bank of India.

The pitch invasion was unusual in nature as the match was being played without any in-stadium attendance due to COVID-19. The protestors had broken the bio bubble set to shield the players from being in direct contact with anyone from the outside. The security officials took the protestors out soon after the invasion. Several protestors also gathered outside the Sydney Cricket Ground to protest against providing loan to Adani.

The State Bank of India, the largest lender of the country has reportedly considering a loan of ₹5,000 crores ($0.67 billion) to the Adani Enterprises’ mining company in Queensland, Australia.

Back in 2010, Adani acquired the coal mine in Galilee Basin from which they were expected to mine 8-10 million tonnes of thermal coal every year which would be used to generate electricity. The coal is alleged of low quality with high ash content⁠.

The coal being of low quality with high ash content is harmful to the environment and the mine being present in a pristine area many green groups who believe that this can affect the Great Barrier Reef has opposed to this. The Great Barrier Reef is the world’s largest coral reef and in recent times it has been found that it is in danger as the coral is depleting rapidly over the years.

A website, named StopAdani.com has been set up to bring the protestors together to save the environment. Australia, in recent times, had to endure some harsh environmental effects like heatwaves, bushfires, drought, floods, and storms and now many Australians are much more aware of the effects of global warming and are joining in protests.

According to the website, if the Carmichael mine is set up it will destroy the ancestral lands, waters, and cultures of Indigenous people without their consent. They also claim that setting up this coal mine will allow 500 more coal ships to travel through the Great Barrier Reef World Heritage Area every year for 60 years. Adani will also get free access to 270 billion liters of Queensland’s precious groundwater for 60 years. Setting up the mine will also mean the added risk of damaging aquifers of the Great Artesian Basin. This will add 4.6 billion tonnes of carbon pollution in our atmosphere.

Not only this, but if the firm is set up it will unlock the Galilee Basin, which is one of the world’s largest untouched coal reserves. This will make way for other coal mines, at least eight, to be set up “at a time when scientists are warning we can’t build any more fossil fuel infrastructure if we want to avoid catastrophic global heating,” the website says.

Setting up the mine also involves building a railway line that will connect the mine to Abbot Point port. The cost of building this infrastructure is estimated to be around $ 3.3 billion.

However, in 2019, Queensland’s Department of Environment and Science (DES) had provided Adani with a go-ahead to set up this coal mine and the company recently said that it would start production in 2021. To set up the mine the company requires the loan for which they are in talks with SBI. The protestors aim to block the loan to halt the project.