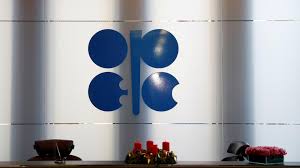 Every time there is any news or controversy involving oil prices or oil production, one organisation’s name comes up more often than anything else. OPEC or Organisation of the Petroleum Exporting Countries is an international organisation comprised of the thirteen most influential petroleum exporting nations. In essence the massive power wielded by OPEC classifies it as a cartel giving it immense control over oil prices and production limitations. So, let’s take a deeper dive and see what OPEC really does and what it’s hiding from you.

The usability of petroleum as an industrial and retail commodity was realised during the World War II and eventually promoted during the post war economic boom. Venezuela and Iran became to pioneer in setting up the cartel by inviting Iraq, Kuwait, and Saudi Arabia to improve cooperation between the petroleum exporting nations in a post-war recovery period.

This is about the same time when some of the largest oil wells across the world were being discovered and demands were reaching an all-time high with a massive surge from the US Railroad Industry. Now, this was when Rockefeller made America the world’s largest oil producer as well as its largest oil consumer. Eventually as Rockefeller’s Standard Oil’s Monopoly continued, oil-exporting nations were more motivated to form OPEC as a counterbalance to America’s growing global dominance.

Finally in the 1960s at the initiative of Perez Alfonzo and Iraqi Prime Minister Abd Al-Karim Qasim, the Baghdad conference was held on 14th September that year. There were representations from Iran, Iraq, Kuwait, Saudi Arabia, and Venezuela in Baghdad to discuss matters such as ways to increase prices of crude oil. There was some discord when it came to selecting the location of the headquarters as the middle eastern nations wanted the headquarters to be in Baghdad or Beirut but on Venezuela vying for a more neutral location. With Geneva under consideration, OPEC finally settled for Vienna, Austria as Switzerland declined extension of diplomatic privileges.

One of the most important events that went down in the mid 70’s was with regards to the Arab League’s war with Israel or the Yom Kippur War. In an act of retaliatory vengeance, the OAPEC (Organisation of Arab Petroleum Exporting Countries) instituted massive production cuts and oil embargo against major consumers such as the USA and other western nations who supported Israel in the war.

This caused global oil prices to shoot up significantly as noticed in 1973 with OPEC revenues going from USD 3 per barrel to USD 12 per barrel. This caused a period of energy rationing and a decline in trend of oil production in the US, currency devaluation, and even a coal minter dispute in the UK. The issue reached such as state of panic that UK imposed an emergency three-week workweek and seven EU nations banned non-essential driving on Sundays.

The situation quickly spiralled out of control and caused the end of post-war economic book and brought on massive waves of unemployment, economic stagnation, slowed production, and resulted in oil prices going higher still. The oil embargo truly did have a lasting impact on the industrialised world and although it did cause a global economic catastrophe, it was also the catalyst for some major trends which we have come to normalise today. In order to conserve the oil resources, efforts such as lower speed limits on highway, more efficient cars and appliances, reduced usage of heater and cooler, better insulation, and a push towards using renewable energy can be attributed to the oil embargo of 1973-74.

One of the sharpest declines in the history of oil prices was observed in 2008, understandably this was due to the sub-prime mortgage crisis resultant global economic meltdown at the time. In terms of OPEC’s contribution to the cacophony was the mismatch in needs of various OPEC powers and the fact that a lot of the partner nations have gone through war or economic crises since its founding. Poorer nations have asked for production cuts in order to make their ends meet but such requests have fallen on deaf ears. Saudi Arabia being one of the largest power brokers of the Middle East has a long-term commitment to the world’s economic powers and that brings about a conflict of interest. A segment of the Saudi commitment comes from the concern that if oil prices steep too high or if supply is unreliable, it will cause the western and otherwise industrialised nations to develop alternatives for oil consumption thus curtailing global oil demand. This Saudi sentiment can be summed up in a remark made by the Saudi Oil Minister Yamani who said-

With a rapidly changing geo-political climate across the world, it is difficult to gauge the direction in which the market will go in the future. However, with the advent of the current pandemic and entry of Russia in the OPEC+ club it becomes apparent that the oil producing nations are in a dizzying need to rethink their strategies. Apart from that, there’s a global push towards curtailing of oil demand by banning less efficient ways of transport.

For instance, in India itself there’s been a ban on vehicles not following the BS6 standard. Similarly, there’s been an increase in the push for using alternative fuel and heightened investment in renewable energy, e-vehicles, development of synthetic fuel etc serve as a reminder to the antiquated industry to innovate and survive. Currently OPEC is operating by cutting oil production by the day. In addition to this the organisation has lately been in global hot waters as oil production is stifled and oil prices hike globally once more. So, is OPEC in a death spiral or can it diversify and better allocate their resources to last in the market? You decide.