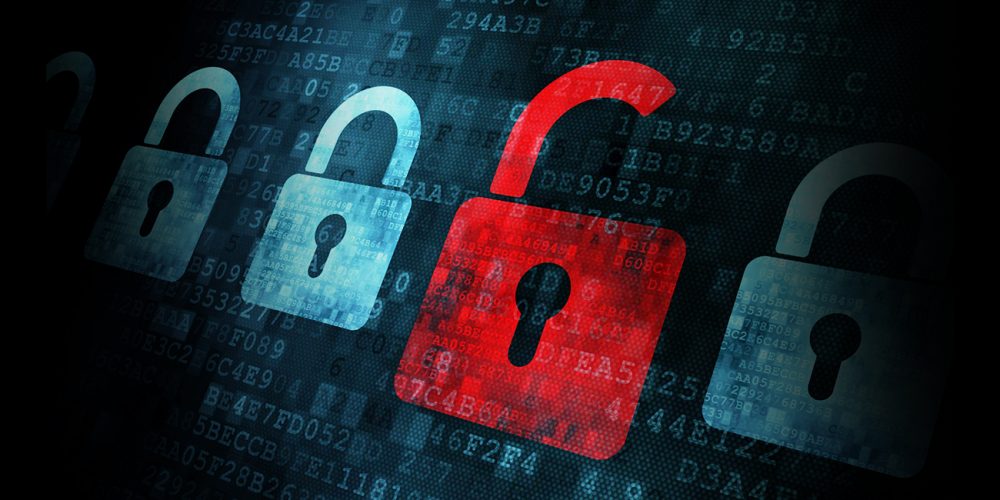 With a rise of the block chain system and an advancement in technology, there is a need for protection of information and securing identities for confidentiality, integrity and privacy. The encryption and decryption are essential for transiting this digital currency system called Cryptocurrency. Earlier an academic concept, Cryptocurrency has now evolved into a virtual reality that is created and managed using an advanced encryption techniques known as cryptography. The Bitcoin became the face of cryptocurrency much before the emergence of other digital currencies, in the subsequent years. Since 2009, it has grown in its following and in 2013 it was in the limelight for having a market value of $266 per Bitcoin after surging ten-fold in the previous two months. Attracting a huge crowd of investors and opening a promising digital money market. At its peak, the market value had reached over $2 Billion, which plummeted by 50 percent shortly after.

Cryptocurrency has increasingly fascinated and gained confidence with its capacity to provide a large access to transfer funds to the remotest area or to secure funds for small business or to facilitate cross border transaction which makes it environment friendly against the paper used for making cheque books, currency notes and documents as required in the present currency system and is more energy efficient compared to the fiat currency transfer. The decentralized currency uses peer-to-peer technology to enable all its functions- currency issuance, transaction processing and verification through the network. It is free from government manipulation and intervention.Since the Bitcoin is digitally created through the mining process that currently allows a creation rate of 25 Bitcoins in every 10 minutes, by the year 2140 it is expected to cap at value of 21 million.

The crypto evangelists are optimistic of this asset class, Bitcoin in particular.Touting it as the digital gold, stating its long term value as $100 instead of $1000. This explains the need for an ETF or verified exchange traded fund, which would promote an investment in Bitcoin along with a requirement for investment in crypto owing to its digital nature due to the lack of direct fund generation. The ETF will work handy to save Bitcoin’s market value from its dependency on other investors’ will to pay an amount as per their wish. Making them less likely to be left stranded in cases when the currency folds , at present leaves them with no recourse to get it back.

As for now, Bitcoin is evaluated as a commodity which makes it legit to be bought and sold for cash and transacted by a large margin in the retail sector viz. its product like nature similar to oil, gold etc. which increases its feasibility and is in sync with the blockchain distribution system.

Since this digital gold is limited to transactions unlike real gold, which makes it vulnerable to swift collapsing and its verification process is less efficient than a centrally regulated system. As the financial instruments associated with crypto sector are difficult to define for regulatory purposes. Thereby making it prone to exploitation similar to the present currency system, with various illegal activities i.e. money laundering, drug peddling, smuggling and weapons procurement. 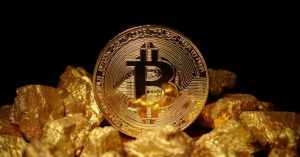 The lack of a supporting central system can make it difficult to trace and track down an anonymous user involved in the operations.However in the case of Bitcoin, the blockchain and its merkle is open and completely traceable to its genesis (root) block. The issue of forking is another dent to the system, a community driven concept that allows a user to earn more revenue by changing the programming protocol of a currency to benefit themselves. But this revenue is visible and can be suitably taxed. Another factor could be an intensive investment in advanced technology that is expensive but effective to combat present problems such as money data getting erased due to computer crash, virtual vault getting ransacked by hackers, by somewhere in the future.

The absence of an intrinsic value can cause a high volatility which makes it greatly speculative (prone to fluctuations) and susceptible to huge price swings making an investor lose great amount of money. And this interferes with its smooth functioning and causing a difficulty in retaining its base value, something an investor would typically want to avoid. Thus, banks & central financial and management system are wary of its existence and the market uncertainties brought with it. 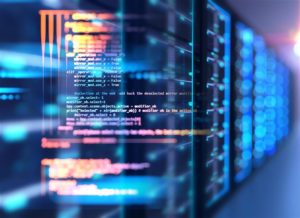 People on the other hand, are apprehensive of this technology and to some extent inadept to understand the associated complexities that has deterred it from gaining mass followers. Meanwhile merchants’ accepting cryptocurrencies are rising steadily. This can paradoxically, as observed defeat its basic principle of existence, as more widespread it becomes, more government intervention and regulations will it attract.

These factors pose a major roadblock in the cryptocurrencies’ ambition of becoming a part of the mainstream. As difficult to fulfill, it will have to be cohesive in order to satisfy a formidable set of criterias which includes to be mathematically complex ( to avoid hackers and fraud), to be easily comprehended and  understandable by consumers, retaining its base principle of decentralization but providing adequate consumer safeguards and protection, protecting a consumer anonymity without facilitating tax evasion, money laundering and other criminal activities.

The Bitcoin had managed to accumulate its early revered appeal as an alternative to traditional currency system, however it has not delivered as to what Satoshi Nakamoto (trademarked as fictitious till date) had envisioned. Still the growth of the decentralized finance is making hard for governments across various nations to ignore its presence. Over a period of time it has become a part of the global economy, nations have introduced global regulatory laws (it is not dependent on the central government), hence each country has different standards with regard to the cryptocurrency.

Due to this, the cryptocurrency is alienated from the global financial system. Even though many reputed and good trading firms & banks are increasingly transacting in crypto intermediaries. Some are even participating in ICOs or initial coin offerings as a way to raise money by issuing digital tokens in exchange of cryptocurrencies. This at large has made financial system exposed to failures such as scams i.e founders of fake companies running off with the money.

The Indian government in particular, has never been an advocate of it, even terming it as not a legal tender. As a result of these consequences, the government has proposed for a blanket ban on private cryptocurrencies in a draft bill despite a strong public support. The Government is even awarding harsh punishments and penalties,as per latest news report, a ten year jail for trading in cryptocurrencies.

The RBI (Reserve Bank of India) has banned commercial banks from dealing in cryptocurrencies and has been a distant observer of it for a long time. The Indian government is a huge proponent of  the blockchain technology and has made a proposal for introducing a blockchain based central digital currency but the RBI is yet to confirm on it.

With that said, many are not considering it as a right move to call for a complete ban on cryptocurrency by the Indian Government. Cryptocurrency is an inevitable essence of the Blockchain system and this intrinsic linking means huge loss of livelihood and a brain drain which will be a big blow to the Indian economy. Conclusively, it is clear that India won’t be able to say goodbye to cryptocurrency any time soon.

In hindsight, taking a good look at the stream of events witnessed and analyzed, it would not be wrong to say that the current regulatory oversights by various countries’ agencies are insufficient. As former CTFC (Commodity Futures Trading Commission) Chairman, Timothy G. Massad correctly introspects, “The need of the hour for the cryptocurrency industry is to continue to develop its own standards, that would be informative and enhancing to the governmental regulations across the globe.”

Recently, the World Economic Forum estimated that 10 percent of the global GDP will be stored on Blockchain-based platforms by 2027. Hence one can continue to see the emergence of new cryptocurrencies in the market, making its way into the economy.