American firm Blackstone reportedly has sold 23 percent stake of Essel Propack Ltd for a little over ₹ 1,860 crores or $252 million. Essel Propack Ltd is one of the largest manufacturer of laminated tubes that are used by FMCG and Pharma companies. Almost a quarter of the total shareholding, in packaging firm Essel Propack Ltd was sold through block trades, to various institutional investors.

Essel Propack conducts business in 10 countries across the world and employs around 3150 people in its 20 facilities. They manufacture around 7 billion laminated tubes annually, which are used by FMCG, pharma, and packaged food industries.

Blackstone had acquired 75% of Essel Propack on 22 August 2019. Blackstone had to pay $ 470 million as they bought Rs134 per share, from erstwhile promoters – the Essel Group and public shareholders.

As per data from stock exchanges, Epsilon Bidco Pte. Ltd, Blackstone, that owns 75% of Essel Propack, sold 72.58 million shares on Friday at a price of around ₹ 256.5 apiece.

Previously it was reported by the news agency, Mint, that Blackstone had set a floor price of ₹ 255 per share for the stake share. Companies like UBS Securities India Pvt Ltd and Systematix Shares & Stocks advised Blackstone on the trade that was picked up by 20 marquee funds, including Axis Mutual Fund, Franklin Templeton Mutual Fund and DSP Mutual Fund, Morgan Stanley, Neuberger Berman, and Nomura among others.

The statement of the sale says that the deal implies a 106 percent IRR and a 2.2x multiple of money in the US dollar on Blackstone’s equity, net of debt at holding company.

Currently, Essel Propack’s share stands at ₹ 250.65 apiece that went down by 8.10 percent.

Previously, Blackstone had also sold an 8.7% stake in Embassy REIT worth around $300 million.

A Blackstone spokesperson was reported as he said, “Within 13 months of investment, Blackstone has returned $252 million by selling 23% of the company’s shares at Rs256.5 per share. This implies a 106% IRR / 2.2x Multiple of Money in USD on Blackstone’s equity, net of debt at Holding company.”

After the share sale, Blackstone will continue to own 52% in Essel Propack with no intention to go below that level as informed by a spokesperson.

As reported by news agency Mint, the spokesperson added, “The transaction was executed to create liquidity in the stock given significant investor interest after the company’s strong performance. Also, these 23% shares came in the Open Offer last year, which now have been sold back to high quality global and domestic investors. Within our first year of ownership, Blackstone recruited a new CEO (Sudhanshu Vats, over 20 years at Unilever, 8 years at Viacom18), CFO (Parag Shah, 7 years at Medtronic, 14 years at Unilever), a fit-for-purpose Lead Director (Uwe Roehrhoff, ex-CEO of former Blackstone portfolio company, Gerresheimer Packaging) and Chairman (DS Brar, also Chairman of Mphasis, a Blackstone portfolio company). In addition, Blackstone launched a productivity improvement program that helped deliver 170 bps of margin expansion and 400 bps of ROCE improvement.”

Ashok Goel currently serves as the chairman of Essel Propack which was established in 1982. Clients of the company include marquee global brands in the oral care, beauty, cosmetics and pharmaceutical industries such as Olay, Lacura, Emami, Garnier, and L’Oreal. He also runs Essel World which is the first amusement park of Mumbai. His older brother Subash Chandra is the promoter of the financially troubled Essel Group that has an indebtedness of Rs 17,174 crore.

Blackstone has a strong presence in India with assets worth $ 512 billion under its management.

Accel Growth, Sequoia Capital, others may invest $100 million as part of series D round in two-wheeler rental startup Bounce 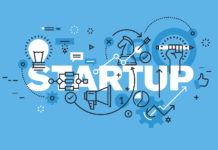