In introduction of Production-Linked Incentive introduced by government, it is a scheme that aims to give companies incentives on incremental sales from products manufactured in domestic units. The scheme projects to invite foreign companies to set up units in India and expand their production units.

Though, the scheme aims for foreign investment ,it also aims to encourage local companies to set up or expand existing manufacturing units in the country. This scheme aims to expand indigenous manufacturing base in India. The ambitious scheme at generating more employment and cut down the country’s reliance on imports from other countries.

As it has been already reported, that Prime minister Narendra Modi laments India’s excessive dependence on the oil exporting countries, so much so that the consumers in India now face the brunt of excessive price hike. As the oil prices breach Rs. 100 mark in various places in the country, it had become necessary to rectify such despicable dependency.

Since the policy aims at reducing India’s dependency on foreign imports, it should be mentioned that India imported $1.5 billion worth of toys in 2020 in which China and Taiwan’s share of production stood at 90%. Thus the programme aims to reduce such wasteful dependency by allocating Rs. 1.97 lakh crore in various sectors.

It is to be noted that the scheme is coming at a time when businesses are shifting out of China. While other countries have far better infrastructure, even better ease of doing business like Vietnam, that already recorded increment in investment in its economy after China’s debacle during the pandemic but none of them have a large market like India. The scheme was originally initiated On April 1, 2020 as a part of the National Policy on Electronics, the IT Ministry had notified a scheme which would give incentives of 4-6% to electronics companies which manufacture mobile phones and other electronic components. According to the scheme, companies that made mobile phones which sell for INR 15,000 or more had been selected for an incentive up to a significant 6%.

According to the ministry of electronics and information, various electronic giants across the world namely, Samsung, Winstron, Foxconn Hon Hai, and Pegatron are among the international manufacturers who approved for incentives under the PLI scheme. The latter is reported to manufacture components for Apple devices.

The scheme, according to officials, will on one hand attract foreign investment in the electronics sector, while also encouraging domestic mobile phone makers to expand their units and presence in India.

The expansion of the scheme has been welcomed as a sagacious move by the government as earlier the PLI Scheme was for select sectors such as mobile phones and allied equipment manufacturing, pharmaceutical ingredients and medical devices.

But why was the Production Linked Incentive scheme expanded to various other sectors or rather why was the PLI scheme brought into action in the first place?

The purpose of widening the PLI Scheme to cover more products was to introduce non-tariff measures to make imports more expensive and thus revive the indigenous companies’ production and the demand for their product.

It has also been projected that Rs. 1.46 lakh crore PLI scheme will make India an integral part of the global supply chain and create huge employment opportunities. It is also to be noted that the PLI scheme is all set to establish backward linkages with the MSME sector in the country.

The economic survey said that the PLI scheme will ensure efficiencies, create economies of scale and to provide a conductive manufacturing environment for the investors to incentivize them to move their production units in India.

In addition to the above sectors the scheme has expanded to ten other sectors namely food processing, telecom, electronics, textiles, specialty steel, automobiles and auto components, solar photovoltaic modules and white goods such as air conditioners and LEDs.

Challenges ahead for PLI

But the PLI scheme is not as rosy as it may sound. Its eligibility criteria are quite rigorous and limiting. An applicant ought to meet threshold criteria i.e. incremental investment, that amounts to a minimum of INR 10 crore (MSME) or INR 100 crore (Others) and a maximum of INR 1000 crore) to be eligible for disbursement of incentive for the year under consideration.

Thus the scheme actively loses out to take into consideration the small enterprises who might not have incremental investment of Rs. 10 crores to begin with. Thus the PLI scheme emphatically does not aim to provide incentive to the industries who need a starting push for manufacturing or those who actually need protection but to those who are expanding and are already reaping the advantage of the economies of scale.

Thus, it can be rightly stated that it does not incentive the industries to initiate production but only provides incentives to expand them.

As quite rightly stated by Nilesh Shah, Group President & MD at Kotak Mahindra AMC  “There is no incentive for setting up a plant, but if your plant starts producing, then there’s an incentive,” .

There are others who want the period for production-linked incentives to be increased in the sectors where it is already applicable. “A five-year incentive scheme is not enough and the Government should commit 10 years and accordingly, the incentive scheme should be expanded,”  said Shashi Mathews.

Additionally, the PLI scheme aims to build an integrated supply chain system but it needs no emphasis that the scheme by itself can do little in achieving its objectives unless the entire production ecosystem is linked. Therefore the bigger challenge that faces the industry is to build linkages among various pillars of sectors of a sector rather than only incentivizing firms. 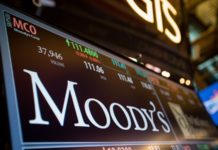 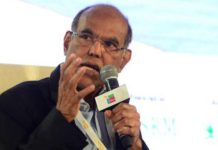 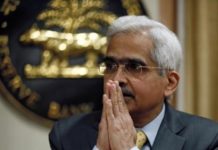