The Reserve Bank of India on Monday said it will conduct an auction of three government dated securities worth Rs 30,000 crore.

The securities will be sold through the Reserve Bank of India’s Mumbai office on August 21 (Friday).

“Government of India (GOI) has announced the sale (re-issue) of three dated securities for a notified amount of Rs 30,000 crore…,” the RBI said, adding that the government will have the option to retain additional subscription up to Rs 2,000 crore against each security.

The stocks will be issued for a minimum amount of Rs 10,000 (nominal) and in multiples of Rs 10,000 thereafter. The auction will be multiple price-based processes in which successful bids will get accepted at their respective quoted price for the security.

It further said that both competitive and non-competitive bids for the auction should be submitted in electronic format on the RBI Core Banking Solution (E-Kuber) system on August 21.

“The result will be announced on the same day and payment by successful bidders will have to be made on August 24, 2020 (Monday),” RBI said

Government stock up to 5 percent of the notified amount of sale which is allotted to the eligible individuals and institutions under the scheme for non-competitive bidding facility In all the auctions.

How does the issue benefit retail investors? 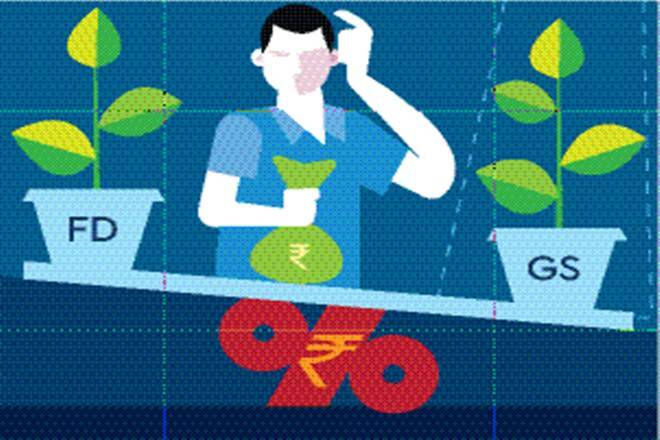 The government and RBI have been taking various measures to encourage the participation of retail investors in the G-Sec market, including the introduction of non-competitive bidding in primary auctions, as part of the across-the-board strategy in order to diversify the investor base for government securities.

The Union Budget 2016-17 announced, inter-alia, according to which that RBI will facilitate retail participation in the primary markets through stock exchanges.

Retail investors are allowed participation on “non-competitive” basis in select auctions of dated Government of India securities and Treasury Bills, with a view to encouraging wider participation and retail holding of government securities.

RBI data shows excess liquidity is lying idle, parked in its own reverse repo account, and burdening it with higher interest payouts. This could be tapped and channelized for additional fiscal spending to stimulate growth through government bonds

The last time the Reserve Bank of India (RBI) spelled out its monetary policy on May 22, it reduced the repo rate (at which commercial banks borrow money from it) and the reverse repo rate (it pays to commercial banks), reiterating its “pro-active” liquidity management policy to “augment system-level liquidity” even while admitting that “credit growth remains muted”.

When the central bank feels that there is excess liquidity in the market, it resorts to the sale of government securities. It buys securities to maintain stability in the market, In case of liquidity crunch. The RBI performs open market operations to assure that all market segments remain liquid and stable, and function normally. Based on a review of the current liquidity and financial conditions,

What are Government securities and its types 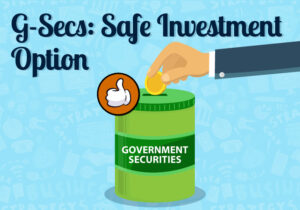 Government securities or G-Secs are essentially debt instruments issued by a government. These securities can be issued by both the central government and the state governments of India. You generally earn a regular interest income by making an investment in these options. The risk associated with the investment product is almost negligent because they are backed by the Government.

Treasury bills or T-bills are issued only by the central government of India. They are short-term money market instruments, which means that their maturity period is less than 1 year. Treasury bills are currently issued with three different maturity periods: 91 days, 182 days, and 364 days. T-bills are different from other investment products available in the financial markets.

Most financial instruments pay you interest on your investment. The T-bill, on the other hand, being a zero-coupon bond, doesn’t pay you regular interest. These securities do not pay you any interest on your investment. However, they’re issued at a discount and are redeemed at face value on the date of maturity. For instance, a 182-day T-bill with a face value of Rs. 100 may be issued at Rs. 96, with a discount of Rs. 4, and redeemed at the face value of Rs. 100.

Cash Management Bills (CMBs) are relatively new to the Indian financial market. They were only introduced in the year 2010 by the government of India and the Reserve Bank of India. CMBs are zero-coupon bonds too and quite similar to T-bills. However, the maturity period is the one major point of difference between the two types of government securities. Cash Management Bills (CMBs) are ultra-short-term investment option, as they’re issued for maturity periods less than 91 days, making them an. The government of India use CMBs to meet any temporary cash flow requirements. From the investor’s point of view, Cash Management Bills can be used to meet short-term goals.

Dated G-Secs are also included with the different types of government securities in India. Unlike T-bills and CMBs, G-Secs are long-term money market instruments that offer a wide range of tenures, starting from 5 years and going all the way up to 40 years. These financial instruments come with either both fixed and floating interest rate. The coupon rate is paid to you on a half-yearly basis as interest and it is applied on the face value of your investment.

Currently, the Government of India issues 9 different types of dated G-Secs. These are listed below.

SDLs, as the name implies are issued only by the state governments of India for funding their activities and satisfying the budgetary needs. These types of government securities are very similar to dated G-Secs. They support the same repayment methods and come with a wide range of investment tenures. The only difference between dated G-Secs and SDLs is that the former is issued only by the central government, while the latter is issued solely by the state governments of India.