LVB to merge with Singaporean bank; might be first of many mergers in the Indian banking system

The Reserve Bank of India has recently placed the Lakshmi Villas Bank on moratorium and has proposed that the cash-starved bank goes into a merger with the Singapore bank DBS. This move might be a good example of how the RBI is going to rescue the cash starved banks of the country.

To allow a foreign bank to acquire a local cash starving bank not only opens up more options for the banking regulator as it seeks well-capitalized entities with deep pockets, but the wholly-owned subsidiary structure of the Indian operations also ring-fences the local entity from being affected by an adverse development at the parent organization.

In 2014 after the Reserve Bank of India had allowed foreign banks to set up a wholly-owned subsidiary, DBS was the first bank to receive a banking license. This subsidiary structure outs the lender on par with the other local banks allowing them to open branches anywhere in the country.

The Reserve Bank of India has over the years enforced setting up wholly-owned subsidiaries in India, however, has not made it compulsory for them to create one.

Sidharth Rath, managing director, and chief executive officer, State Bank of Mauritius, the second foreign bank to set up a wholly-owned unit in India said to news agency Mint, “It’s a brilliant strategy to acquire an Indian bank. It’s a win-win situation for the regulator, customers, and the acquiring bank. We are right now a startup bank looking to grow on the strength of our book. We are not looking at inorganic opportunities as of now. However, we may look at it in the future.”

The central bank of India has put a threshold beyond which the foreign banks cannot operate in India, this structure has made it a problem for the foreign lenders to dominate the banking structure of the country.

Anand Sinha, a former RBI deputy governor said to Mint, “Existing foreign banks with branch mode of presence have not been enthusiastic about converting into a wholly-owned subsidiary (WOS) because they don’t gain in a business sense. Their business ambitions may not be to become a pan-India bank. If a foreign bank wants to become a WOS with a larger ambition of expansion in India, this will be heartening.”

Mint has also reported comments of a senior banker with a large foreign bank, who said, “LVB is an extremely trader-centric bank with customers spread across the Nadar community. An international bank looks at a pan-India footprint and not so much regional footprint. DBS has bought 556 branches of which 200 branches are in Tamil Nadu alone. It’s not going to give a net business.”

For the Singaporean bank, this is the right move as their market in Singapore is now saturated and they require a market like India to expand. The bank set up DBS Bank India Ltd (DBIL) last year and is targetting to set up 100 customer touchpoints across 25 cities. DBIL only has 30 branches in India. 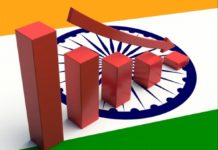 India’s growth rate in third quarter likely to slow down at 4.3% : DBS Report