Indian telecom giant Vodafone Idea, which was recently rebranded as Vi, has become the co-presenting sponsor of the Indian Premier League (IPL) 2020 along with the online gaming platform Dream11.

Vodafone-idea recently rebranded as Vi, has obtained the co-sponsorship rights of the live broadcast of the T-20 premier league, which will be played by the teams in Abu Dhabi, UAE and live telecast on Star Sports network. Vi said in a statement, The brand will get huge benefits by getting associated with the sporting event to enhance awareness, build relevance and better engagement with the audience.

Vodafone Idea, one of the largest telecom operators in India, has rebranded as ‘Vi’ as it looks for a “fresh start” three years after the British telecom giant Vodafone Group’s India business and billionaire Kumar Mangalam Birla’s Idea Cellular merged in the country. 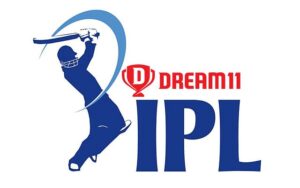 After the Smartphone company Vivo dropped out of this year’s sponsorship, Dream11 bagged the title sponsorship rights of the 53-day cricket event for Rs 222 crore last month.

The tournament’s chairman Brijesh Patel confirmed on Wednesday, Dream11 has won the race for IPL 2020 title sponsorship rights. The online fantasy gaming application won the title rights for Rs. 222 crores.instantly leading fantasy gaming app Dream11 will be the title sponsor of the 13th edition of Indian Premier League (IPL), the tournament which is scheduled to start from September 19th in the United Arab Emirates (UAE).

“Our coalition with Dream11 IPL 2020 will help Viconnecting with the millions of viewers, and I am sure that this will not only help create awareness of Vi but also assist in creating pertinence and consumer confidence,” Kavita Nair, Chief Digital Transformation & Brand Officer at Vodafone Idea Ltd said.