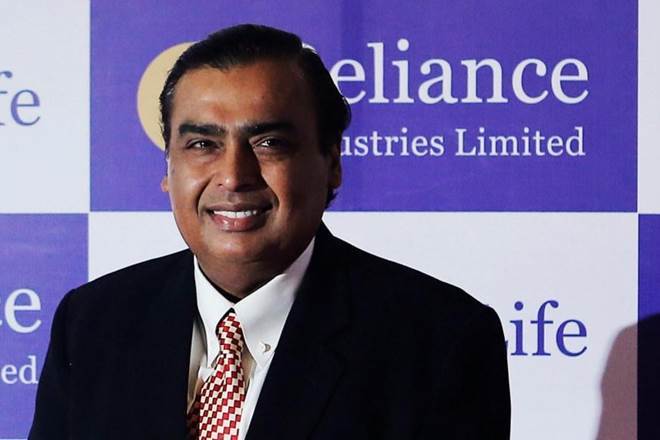 On Thursday, Reliance Industries Limited became the first Indian company to hit a market valuation of $200 billion with the help of a strong rally in its share price. Backed by the surge in investment in its retail and telecom business, the RIL share price has gained 170 percent since mid-March.

Shares of oil-to-telecom conglomerate on Thursday, closed 7.1 percent higher at Rs 2,314.65, against the previous closing price of Rs 2161.25, on the Bombay Stock Exchange. In the first half of the trade, the RIL shares surged as much as 8.4 percent to hit a fresh all-time high of Rs 2,343.90. In terms of volume, Ril witnessed a rise in volume trade as 24.50 lakh shares changed hands over the counter as compared to the two-week average volume of 6.85 lakh shares.

According to the reports, Indian billionaire Mukesh Ambani’s Reliance Industries Ltd. is proposing to sell around $20 billion stake in its retail arm to Amazon.com Inc.

Amazon has held meetings about investing in the Retail arm of Mukesh Ambani-led Reliance Industries and has shown interest in negotiating a potential transaction. The oil-to-telecom conglomerate is planning to sell almost 40% stake in the retail arm to Amazon.

If the deal turns out to be successful it would not only create a retail behemoth in India but will also turnMukeshAmbani and the world’s richest man from rivals into partners in one of the fastest-growing consumer markets in the world. The $20 billion deal would be the biggest ever in India as well as for Amazon

India a country, where still a lot of people prefer shopping in tiny street-corner stores, the deal could be Amazon understanding that it needs a locally-entrenched partner with a strong on-the-ground presence. Reliance would provide a brick-and-mortar element for Amazon to its endeavors in a country where online purchasing still accounts for a tiny share of an estimated $1 trillion retail market.

“The deal would be a win-win situation for both parties as it builds on the strengths of both sides. “Amazon comes up with the might of its warehousing capabilities and the proficiency to streamline supply chains and exertion assets for utmost returns, Reliance on the other hand comes with years of presence and a strong understanding of Indian consumer behavior.

After Silver Lake, KKR is likely to infuse $1 billion into RRVL

This investment values RRVL at a pre-money equity value of ₹4.21 lakh crore. Silver Lake’s investment will translate into a 1.75 percent equity stake in RRVL on a fully diluted basis.

KKR & Co. On the other hand, is in advanced talks to invest at least $1 billion in the retail business of Reliance Industries, reports Bloomberg, citing sources, in what could be another big investment in the unit following Silver Lake Partners’ deal.

KKR is in discussions for a stake in Reliance Retail Ventures Ltd and the private equity firm could invest as much as $1.5 billion and an announcement could come as soon as this month.

Analysts believe there could be further upside in the stock if RIL manages to scale up Jio Mart business and raises further investment in Reliance Retail. “Further investments in the retail business and scaling up of Jio Mart business will be key triggers for the company in the near future. Listing of the digital and retail business over the next few years would also lead to significant value unlocking for shareholders in the long run. We continue to maintain our buy rating on Reliance Industries with a target of Rs 2,366,” said Jyoti Roy, DVP- Equity Strategist, Angel Broking Ltd.