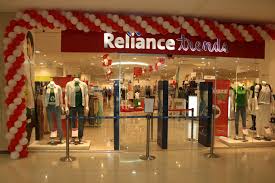 After disrupting the Indian Telecom market with the launch of Jio Services in 2016, Reliance Industries Limited (RIL) chairman Mukesh Ambani is now planning to expand its fashion retail brand-Reliance Trend. As per the people in know of developments, Reliance would be expanding the number of Reliance Trend retail stores from present 557 to 2,500 in the next five years.

As per the people close to Reliance business, the latest move by the billionaire owner Mukesh Ambani is to grab a dominant share of consumer spending in a struggle with rivals, e-commerce biggies like Amazon and Walmart backed Flipkart

The move to expand its e-commerce business and retail business comes at a time when the new policies of the government have given a substantial blow to big e-commerce market players like Amazon and Flipkart.

Earlier, in February the BJP government issued new guidelines for the e-commerce business. The new guidelines which has to be complied from Feb 1 barred e-commerce platforms from making any exclusive deals with the sellers. The new FDI policies also barred online retailers from selling products via vendors in which they have an equity interest. The new FDI policies will give the e-commerce business of Indian companies, including Reliance an edge over foreign competitors.

The expansion plan will allow Reliance Trends, which sells accessories as well as clothing, to rigorously grow its private labels, the retailer’s own brands some of the sources said. Reliance would be expanding its existing network of 160 cities to 300 cities in the next five years.

Ambani’s  “new commerce” venture aims to connect small and mid-sized merchants with its retail network and warehouse network, helping them better manage their inventories as well as boost sales of Reliance’s private labels.

SBI announces linking of most of interest rates in line with RBI’s repo rate, for quick transmission of rate change
LN Mittal all set to take over Essar Steel after NCLT gives nod to ArcelorMittal’s resolution plan
Comment