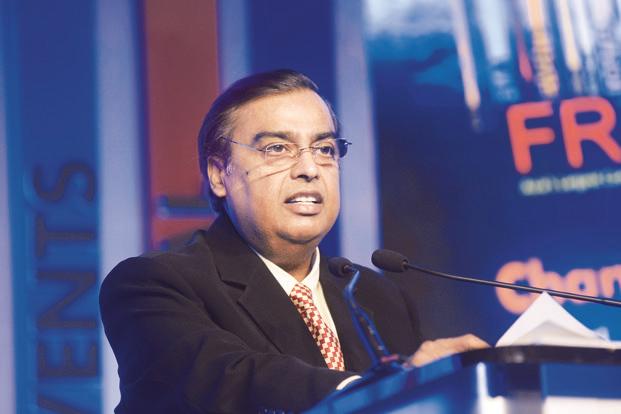 KOLKATA: A few weeks ago, the board of Mukesh Ambani-led Reliance Industries Limited (RIL) announced the approval of a plan to raise ₹53,125 Crore. The board proposed to do this through a rights issue of equity shares, to be offered to existing shareholders. Today, RIL’s offer document reported that it will use three-fourth of proceeds of its mega rights issue to repay, some of its borrowings.

Out of the net proceedings from the rights issuance, ₹39,755.08 Crore would go towards “repayment/ prepayment either fully or partly the ₹16,350 Crore of commercial papers and ₹36,213 Crore of non-convertible debentures,” the offer document stated. The remaining balance of ₹13,281.05 Crore would go towards RIL’s “general corporate purposes”, it added.

The oil-to-telecom giant had announced that this rights issuance window will open on May 20 and close on June 3, 2020. One share will be offered for every 15 shares held.  Shareholders would have to pay only 25% per share for subscribing to the company’s rights issue, and the balance of ₹942.75 per rights equity share would have to be paid in two instalments in May and November next year, it briefed. Understandably, the total amount payable per rights equity share, on application, was set at ₹314.25, comprising of a ₹2.50 face value and a premium of ₹311.75. The last date for shareholders wishing to do an on market renunciation was set at May 29.

The offer document stated that Reliance’s promoter and promoter group, by way of their letters dated May 15, have confirmed to subscribe to the full extent of their rights entitlements and any unsubscribed portion of the issue.

Reliance Industries’ shares closed at ₹1,408 on the BSE. The full offer price for this issuance stood at ₹1,257 per share.  The last time RIL tapped the public for funds was in 1991 when it had issued convertible debentures. The debentures were subsequently converted into equity shares at ₹55 apiece.

In August of 2019, Mukesh Ambani had unveiled the company’s plans to cut its net-debt to zero from ₹1.53 Lakh Crore, by March 2021. As part of this plan, RIL has been seeking strategic partnerships across its businesses, while targeting to deleverage the balance sheet. So far, ahead of its rights issue, Reliance Industries has raised a total of ₹67,194.75 crore by selling off 14% stake in Jio Platforms to multiple investors including social media giant Facebook, Silver Lake, Vista Equity Partners and General Atlantic, since last month.

RIL has also been in talks with Saudi Aramco regarding the sale of 20% of its oil-to-chemicals business for an asking price of ₹1.13 Lakh Crore. It has already sold 50% of its fuel retail venture to British Petroleum Plc for ₹7,000 Crore and telecommunication tower business to Brookfield for ₹25,200 Crore. Experts are saying that clinching all these deals by the end of Q1, may help RIL achieve that target sooner than planned.