Apple inc. saw a boost in its share prices on Friday, by an epic 10% making it the most valuable public organisation, completely outrivaling the Saudi company Aramco.

Apple’s stock ended the session at $425.04, concluding the day with a whopping 1,817 trillion. It was the company’s highest single-day gain since March, as stated in a regulatory filing. It infused $172 billion in terms of market capitalisation within a single session. After Apple bought back $16 billion worth of shares in the second quarter, it had 4,275,634,000 outstanding shares, as of July, according to the filing.

Saudi Aramco, officially known as Saudi Arabian Oil Company, is an Arabian multinational petroleum and natural gas company established in Dhahran, Saudi Arabia. Aramco made its market debut in Riyadh when it went public in December the last year and is appraised at $1.76 trillion. Before SAOC, Apple had grappled with Microsoft Corp. for the position of the world’s valuable public company.

Apple inc. saw a sharp incline in its share prices since April 2020. Apple has strengthened its standing during the pandemic as the world’s biggest and most valuable technology companies, which possesses strong balance sheets and vigorously growing businesses thanks to an advancement in the shift to digital services. The iPhone maker’s shares have attained 45% so far this year.

The dethroning of Saudi Aramco was expected after a clamorous period for the company. Company’s IPO(initial public offering) showed a deficit of what Crown Prince Mohammed bin Salman and the company officials had expected. the initial idea was for the valuation to stand at 2 trillion and to raise 100 billion.

The plans had to be changed when the foreign investors drew back from the pricing. The company finally agreed on a considerably smaller domestic offering and acquired about $30 billion, still the largest IPO ever.

Then came the pandemic which worsened the matter by a decrease in crude prices as energy demand fell with the spread of the virus. Aramco’s dribbled to about $37 billion from $76 billion in December, according to market experts. That’s less than the $59.7 billion in sales that Apple announced recently. Aramco’s stock is decreased by 6.4% since the end of December, though that’s far less when compared to other oil majors around the globes.

In its quarterly report, Apple declared a four-for-one stock split, with trading on a split-adjusted basis starting on Aug. 31. This will be Apple’s first share split since 2014.

Apple announced on Thursday that the board of directors have approved the decision to a four-way split. Meaning for each share of Apple stock that an investor owns, they’ll receive three more shares. This also makes a single share in Apple more affordable for investors to buy. It is fashioned in a similar move that the company took in 2014 when it offered a 7-to-1 stock split. Before the decision, Apple was trading north of $600 per share. The move brought shares of Apple to about $92 a share.

Apple’s stocks at the time trade-up and beyond $380, meaning investors should expect to have a chance of buying a share of Apple for  $100, depending on the location the stock at the end of August. The shares will be allotted to the shareowners after the business concludes on August 24, and trading will start on a split-adjusted basis on August 31. 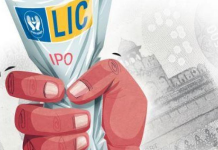