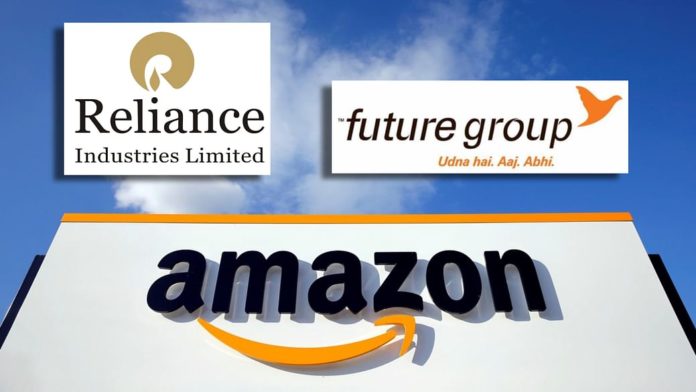 The apex court has given its order in favor of e-commerce giant Amazon. The top court maintained and ordered NCLT to not pave the way for the FRL-RIL deal even if the Future Group holds a meeting with its creditors and shareholders to clear the proposed amalgamation.

The apex court on Monday had sought a response from Future Retail Limited (FRL) in a plea that was filed by the e-commerce giant Amazon. Amazon had challenged the Delhi High Court order which had stayed the implementation of status quo direction passed by single-judge of the High Court with respect to the $3.4 billion Future-Reliance deal.

The court maintained that “Meanwhile, the NCLT proceedings will be allowed to go on but will not culminate in any final order of sanction of scheme.”

The apex court also clarified that the Division Bench of Delhi High Court will not proceed with the matter further. This came after a Senior Counsel that brought the same to the Court’s attention.

As it has been reported that Jeff Bezos-led Amazon is locked in a legal dispute with Kishore Biyani-headed Future. Amazon has accused the retail conglomerate future group for violating an agreement with the American e-commerce firm by agreeing to sell its assets to Mukesh Ambani-owned reliance last year. Amazon, at the moment uses its ‘right to first refusal’ granted to it under the laws to delay the agreement.

After FRL’s proposed merger with RIL was approved by the Competition Commission of India and the Securities and Exchange Board of India (Sebi) had issued a no-objection certificate, the company had immediately approached the Mumbai bench of the NCLT on 26 January.

Amazon, which seeks to stop the FRL-RIL deal, cites the Singapore International Arbitration Centre’s (SIAC) interim award granted in October as a reason to stop the reliance future deal. The SIAC had barred Future Retail from taking any step to sell its assets or issuing any securities from a restricted party to secure funding. Under Amazon RIL agreement Reliance was a firm that had been added in the restricted party. To this, FRL has expressed its anger stating that it doesn’t wish to comply to the order.

SC maintains that “According to us, this order (of the high court) seems to have decided the main appeal let alone be just the maintainability at the interim stage itself. At the interim stage, you can’t vacate a stay order without giving adequate reasons… It is obvious they (high court) cannot hear it. You (Amazon’s lawyers) show them our order,”.

Thus what holds for the RIL-Future deal is yet to be encountered. It will be interesting to analysis that whether it is Amazon or Reliance that will hold the power in the Indian retail market in the near future.